Sho Nishimura took the win in Race 1 at Sepang International Circuit in the Idemitsu Asia Talent Cup season finale, but the headlines got somewhat stolen as Cup points leader Billy van Eerde crashed out – and the gap came down as key rival Haruki Noguchi took fourth. Home hero Danial Sharil was second but is now out of contention to win the Cup on Sunday, with Indonesian Mario Aji completing the podium in a welcome return to form.

Sharil took the holeshot from pole – the fifth time in a row he’s done that – as the grid made their tentative way around the first few corners in the wet and difficult conditions. They all made it through, however, and it began a more traditional freight train at the front in the early stages. Lap by lap, however, a few riders were able to begin pulling away – including Sharil, Aji and Nishimura.

It was far from easy. Aji suffered a big moment not long after taking the lead and he dropped back slightly, and a number of riders crashed out of contention as the conditions caught them out. They included Adenanta Putra and compatriot Afridza Munandar – both leaving some gaps near the front that Aji and Sharil were happy to fill. One of those gaps then appeared in the middle of the top ten. Title contenders van Eerde and Noguchi were in fifth and sixth with the Japanese rider seeming to shadow the Australian, before the drama suddenly hit. Van Eerde lost the front as it suddenly snapped and he slid out, leaving Noguchi with a huge chance to gain some serious points.

Back at the front as van Eerde got back on nearer the back, the laps were ticking on and the gap back to Nishimura in fourth seemed to be staying the same. In the latter stages, however, the Japanese rider had stalked his way well into contention for the win. Some impressive moves saw him just behind Sharil heading into the final corner and Nishimura pounced, slicing up the inside and the Malaysian then forced to sit up slightly. Sharil tried to cut back inside but the door was shut, and a supreme exit for the Japanese rider saw him able to stay ahead on the drag to the line.

Sharil took second for a home podium and another top haul of points as he continues his run of successes, with Mario Aji unable to stay with the two on the final lap but taking an impressive rostrum as he got back on form. Noguchi took P4, gaining eight points on van Eerde – despite a huge moment for the Japanese rider late on – as the Australian crossed the line in P11. Not what he planned, but enough to keep him four points ahead.

Four of those crucial points now separate the two contenders heading into the last race of the season, meaning it could well be a winner takes all. Find out if van Eerde clinches Australia’s first Cup or Noguchi brings it back to Japan from 2:30 pm (GMT + 8) on Sunday – with the schedule having been changed. 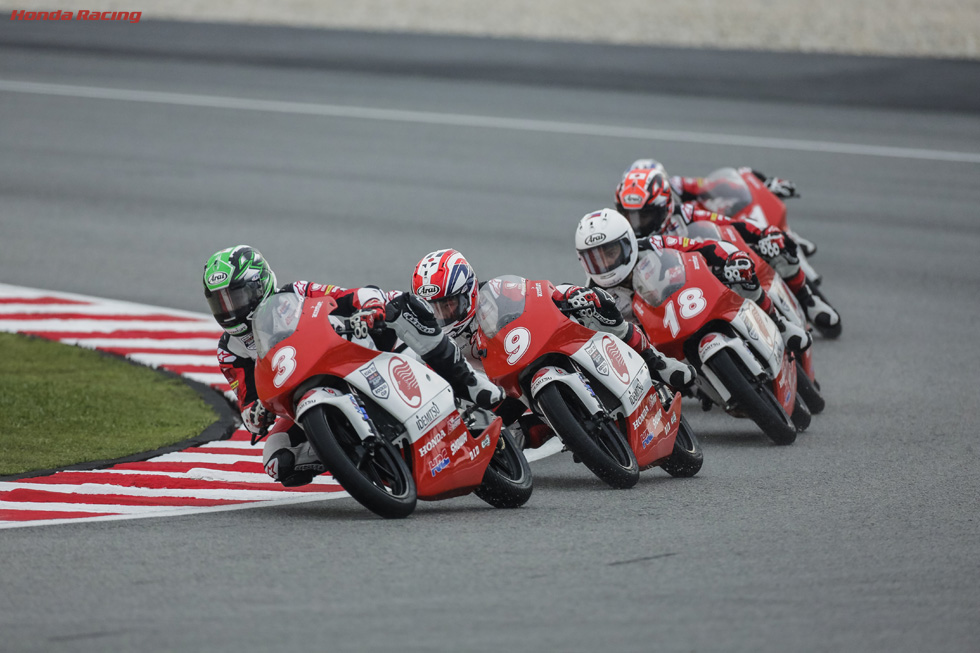 Van Eerde Crowned Champion After Dramatic Conclusion to the Cup

Billy Van Eerde is the 2018 Idemitsu Asia Talent Cup Champion. The Australian took the final win of the year in dramatic fashion - just half a tenth ahead of Tachakorn Buarsi in second - after key title rival Haruki Noguchi was involved in an incident at the flag and penalized for irresponsible riding.

It was home hero Danial Sharil who got his sixth holeshot in a row after the lights went out, with the likes of Noguchi, Lucky Hendriansya and Indonesian ‘Super’ Mario Aji fighting it out in that front group - and van Eerde not far off. That began a group battle involving nearly ten riders for much of the race, with some seeming to start making a break for it before getting reeled back in.

For much of the race it seemed Noguchi had the upper hand on Van Eerde but the Australian still had four points of advantage to play with - and that would become crucial. As Sharil, Hendriansya and Noguchi fought it out at the front, joined by the likes of Race 1 winner Sho Nishimura, Van Eerde was hovering in the latter half of the top ten at times - but he didn’t lose too much touch. As a stunning start for Tachakorn Buarsi saw the former polesitter - who suffered an incident on the Sighting Lap - get in the mix from the back of the grid, who would win the Cup was changing almost corner by corner.

As the laps ticked down however, Noguchi began to make some moves. Attacking to get himself into the perfect position on the final lap, everything once again went down to the final corner in true Idemitsu Assia Talent Cup style - with Noguchi vs Sharil at the front and Van Eerde out-dragging Buarsi to perfection to cross the line third.

That was behind a big incident between the two leaders, however. Locked together on the drag to the line with Noguchi slightly ahead, disaster then struck as the Japanese rider moved over - and tagged Sharil. The Malaysian crashed and was then collected by another rider, and the result of the race was in doubt.

After being investigated, Noguchi was given a 27-second penalty for irresponsible riding - and the incident had big ramifications not only for Sharil but for the Cup. That dropped Noguchi well down the order to end the season equal on points with Van Eerde, who won the race, meaning the Australian would instead be crowned Champion by virtue of his better individual results.

Buarsi therefore takes second after his amazing race from the back of the grid and Hendriansya completes the podium, with Takuma Matsuyama and Aji locking out the top five. Toshiki Senda, Sho Nishimura, Koji Hirama, Naoki Yamada and Adenanta Putra completed the top ten.

That’s it for another close and dramatic season in the Idemitsu Asia Talent Cup. Billy Van Eerde becomes the first ever Australian to be crowned and those selected to join the grid next year get ready to step up. It will surely be another season to remember. 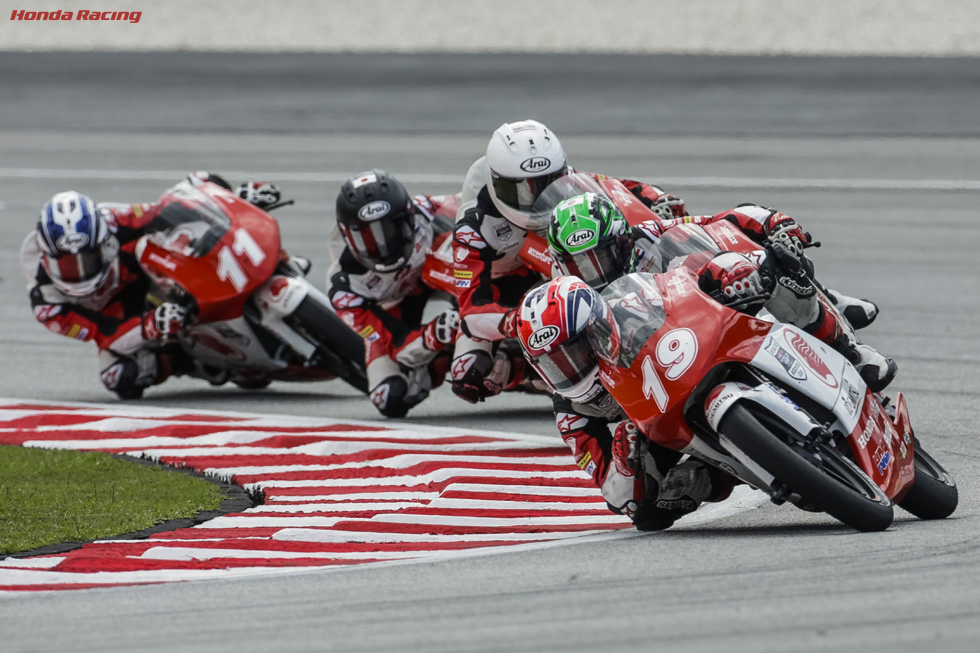 “As always this Cup is about evolution during the year and some guys make more of an evolution than others, van Eerde started step by step but has been progressing, as have many other riders, and finally he was the Champion and we have to congratulate him. I think this incident in the last race made it a little it strange, but in the points he’s the Champion and that’s what counts. Overall we’re happy with the year, we’re satisfied we had another season of the Cup because it’s always complicated.”