Drama at Motegi: Home Glory for Matsuyama, Heartbreak for Noguchi

Takuma Matsuyama took an incredible victory in Race 1 at Twin Ring Motegi
, besting compatriot Sho Nishimura by a tenth and a half as home heroes made it a 1-2 for the Japanese crowd. Buriram double winner Danial Sharil completed the podium and that gave him another boost in the Championship fight, moving to within a single point of second overall as Haruki Noguchi failed to score on home turf.

Sharil took the holeshot just as he did in Buriram and the Malaysian was once again a force to be reckoned with in the fight at the front, with a big freight train battle breaking out in the initial stages. It was every rider for himself in another showstopper before a slightly smaller group were eventually able to break away. Noguchi was in that group and van Eerde was struggling slightly, unable to break into the top five, and the scene seemingly set for the Japanese rider to make a big gain. 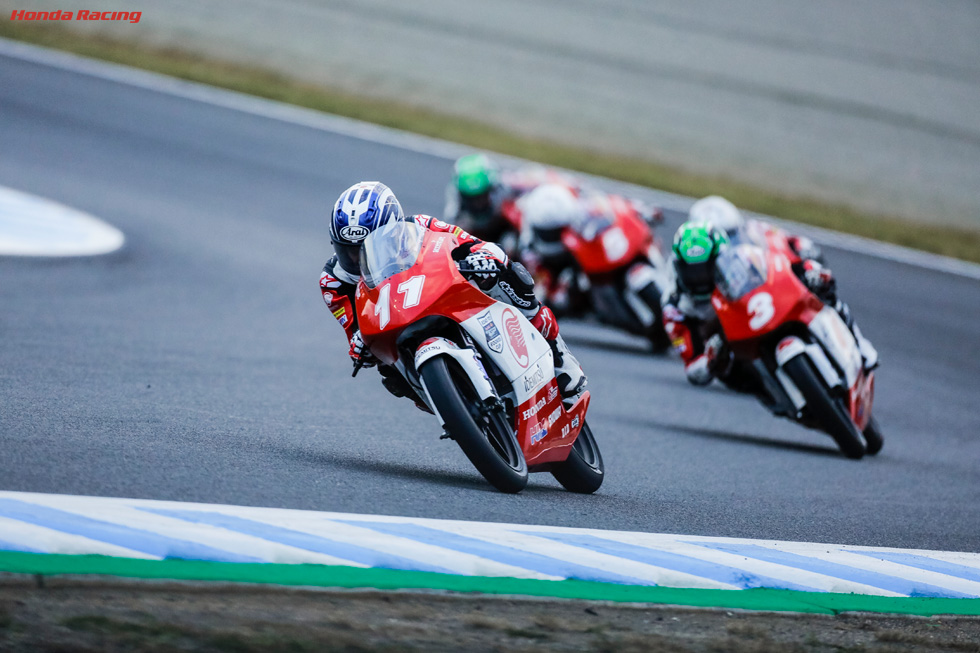 It wasn’t to be, however, as a sudden highside for Noguchi put paid to his chances and it swept drama through that front group – with Toshiki Senda also caught up in the incident as he was forced wide and dropped back. That left van Eerde as the one with a big chance to capitalize, but the front group remained out of reach of the Australian.

It was then Matsuyama fighting Nishimura, Sharil, Thai rider Tachakorn Buarsi and Indonesian Lucky Hendriansya and eventual winner Matsuyama pitched it to perfection, just keeping enough breathing space in the final sector and ahead over the line for a first win. Nishimura was next for a second podium in succession, Sharil took P3, and Buarsi was just left off the rostrum although he took another top finish in fourth. Hendriansya completed the top five, but only six tenths off the win.

Koji Hirama took sixth and was another couple of seconds back, avoiding drama that hit Afridza Munandar after the Indonesian suffered a late fall. Then in seventh came Championship leader Billy van Eerde – with the Australian taking a solid finish and a solid haul of points to extend his advantage to 16 points. It won’t be a shot at the title in Race 2 but it is a big chance to once again extend that lead.

That’s the action over on Friday but there’s a whole other race to come yet, with Noguchi up for a comeback on Saturday and van Eerde ready to fight back. There’s another qualifying session first, however, and we get a fresh grid for Race 2. The lights go out for that at the same local time of 16:15 (GMT +9).

Matsuyama Makes It a Double and Noguchi Closes In

Takuma Matsuyama made it a home race weekend to doubly delight in on Saturday, winning the second race in style once again – but this time in a photo finish. Heading title challenger Haruki Noguchi by just 0.003 seconds, Matsuyama’s last roll of the dice saw everything go down to the wire. The fight for third, meanwhile, was also a photo finish – and it was by just four thousandths that Billy van Eerde completed the podium. 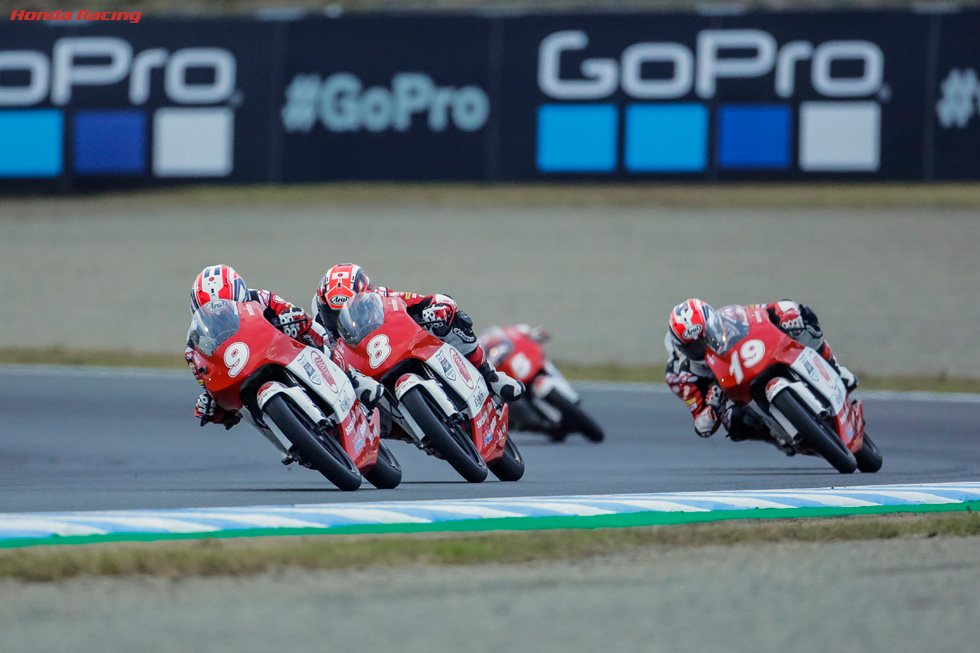 It was Buriram double winner Danial Sharil who got the fourth holeshot in a row in Race 2, slotting into the lead early and a similar big battle to Race 1 keeping the fight close at the front. But this time many would become a few less as they dueled and scrapped, with four riders able to then break away to fight for the podium in the last couple of laps. Drama hit well before that point, however, with Toshiki Senda one man to crash out – and Sharil sadly suffering the same fate as he was just clipped by van Eerde.

Another big incident also ripped through the top ten battle, with a crash for Afridza Munandar collecting Nitipong Saengsawan, Mario Aji and Sho Nishimura. Thankfully all riders are ok, and Nishimura at least was able to stay in the race and came home P11 for a handful of points.

So back at the front it was Matsuyama, Noguchi, van Eerde and another home hero in the form of Koji Hirama who fought it out for the podium by the final laps – and they finished in that order. Matusyama judged the drag to the line to perfection, and van Eerde did the same after Hirama had earlier picked his pocket on the final lap. Almost nothing in it, it was another showstopper of an Idemitsu Asia Talent Cup race.

Tachakorn Buarsi completed the top five after just fading off the front four, with Adenanta Putra taking sixth as he just beat Naoki Yamada to the line. A little further back came Agung Fachrul, with Troy Alberto of the Philippines and Senna Agius from Australia completing the top ten.

That’s it from the penultimate round and the standings have taken yet another shake up. Sharil’s DNF leaves him with a long but mathematical chance at the Cup in Sepang, but the fight is now largely a two-man affair: van Eerde leads Noguchi by 12 points and the season finale puts another 50 in play.

Tune in for the final round from Sepang in two weeks as another stunning season comes to a close – will we have a Japanese Champion? Or the first ever Cup winner from Australia? All will be revealed!