Mario Aji took his first ever Idemitsu Asia Talent Cup victory in Race 1 at Sepang International Circuit, narrowly beating Australian Bill van Eerde following a final corner attack. There was drama early on in the Cup’s first visit to Malaysia in 2018, with Cup points leader Haruki Noguchi crashing out at Turn 1 and suffering his first DNF of the season – leaving his lead under some serious attack. The mixed conditions of Saturday, as the Cup raced alongside the Malaysia Superbike Championship, made for a difficult race and it boiled down to a duel between key Cup competitors Aji and van Eerde but there was delight for home fans, too, as Malaysian Danial Sharil completed the podium from pole.

Noguchi tried to take the holeshot and crashed, with Aji then seizing the opportunity to take over at the front. He held the early lead before Van Eerde struck with 11 to go, but the Indonesian hit back soon after as the front group squabbled over the lead. Afridza Munandar of Indonesia was also up in the mix in the earlier stages and the trio fought it out, with home hero and polesitter Sharil initially fighting to close them down from fourth.

Then, with 10 laps to go, there was a big moment for Aji as ‘Super Mario’ almost highsided but managed to save it, dropping to the back of the lead trio and regrouping as the sun came out and the track rapidly continued drying. Sharil was closing in but the next key drama came from Munandar as he suddenly slid out of contention – at the same place that had earlier claimed Noguchi. 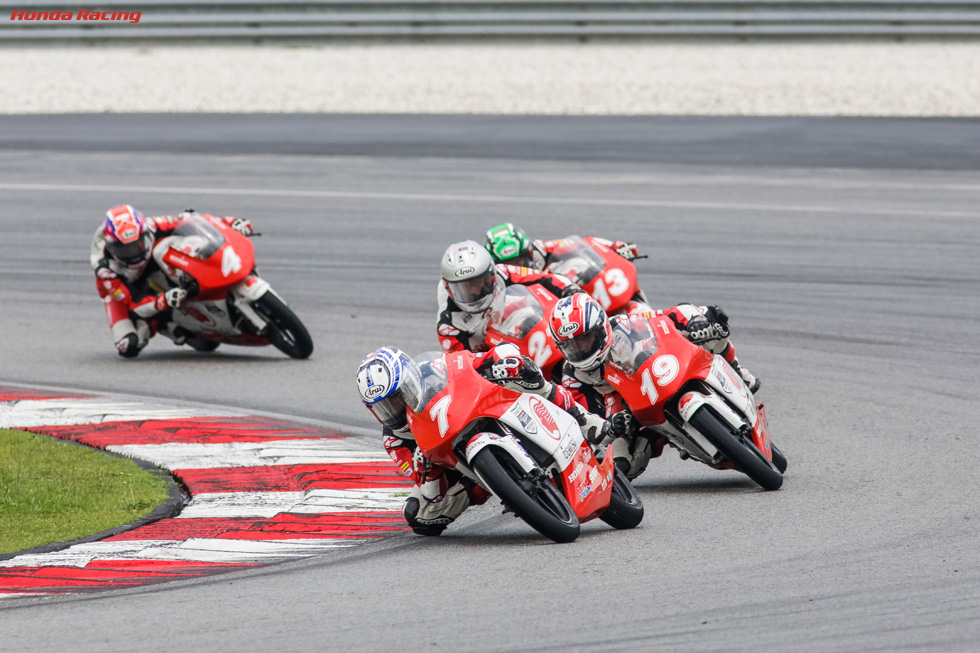 Out front, Aji had made his way back into the lead the gap was increasing in favour of the Indonesian – but with four laps to go van Eerde pulled it back and attacked into Turn 1. The next lap around saw the roles reversed, before the last lap began more calmly. But Aji attacked at Turn 9 before van Eerde sliced back past, and the Indonesian suffered another wobble as they barreled into the latter few corners of the lap.

In classic Sepang style, the stunning duel went down to the final corner and Aji made a last ditch lunge up the inside, getting a bit of out shape but just holding onto it – and getting a good exit. The number 7 bike steamed towards the line and van Eerde was left just two tenths in arrears at the flag, with Aji taking his first ever Idemitsu Asia Talent Cup victory in style.

Danial Sharil made it home delight as he completed the podium in third and kept calm under the pressure of the home crowd, with Lucky Hendriansya coming home in an impressive fourth after a solid ride, bothering the early pacesetters in the early stages. He was ahead of a close showdown between Sho Nishimura of Japan, Tachakorn Buarsi of Thailand and home hero Ibrahim Pawi as they crossed the line split by a second in P5, P6 and P7 respectively, with Indonesian Agung Fachrul taking a lonely eighth ahead of ahead of Koji Hirama.

Troy Alberto of the Philippines completed the top ten, just edging out Takuma Matsuyama and Nitipong Saengsawang. Naoki Yamada was the final finisher.

Now it’s time to do it all again on Sunday, with Race 2 a chance for the glorious on Saturday to strike again and consolidate their gains on Sunday – and an opportunity for Noguchi to grow that lead. The lights go out at 13:05 local time (GMT +8).

Just thousandths separate the podium finishes at the flag, with van Eerde taking the win and the points lead

Bill van Eerde has taken his second ever Idemitsu Asia Talent Cup victory at Sepang International Circuit, winning a three-way battle to the line against Sho Nishimura and former points leader Haruki Noguchi, who completed the podium – in that order. That means Australian van Eerde takes the points lead heading into the next round, which is alongside MotoGP™ at Buriram in October.

Danial Sharil got the holeshot from pole and Noguchi was quick to strike back on Lap 1, but the Malaysian hit back. As the pack settled in after the start, however, it was a lead trio who began to break away: Takuma Matsuyama, Haruki Noguchi and Bill van Eerde – and Matsuyama from the back of the grid after an incredible start.

With nine laps to go, Noguchi was back in the lead and starting to seem capable of breaking away for a decisive win, with Matsuyama and van Eerde on the chase. Afridza Munandar was leading the second group – but then drama struck for the second day running and the Indonesian headed off into the gravel, unable to get back in the race. 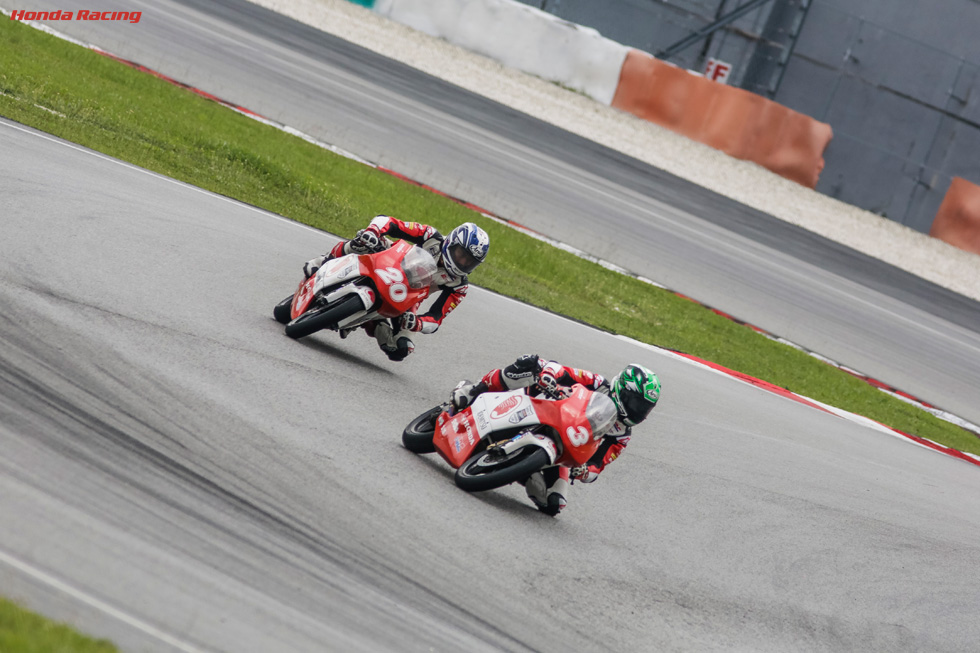 Van Eerde then began to pull the pin, getting clear of Matsuyama and reeling in Noguchi. The Australian cut down a nearly two second gap and by three laps to go was right on the tail of the number 9 in the lead.

He struck down the start-finish straight but Noguchi hit back soon after as Sho Nishimura passed Matsuyama and was then able to start closing in on the duel for the lead – on the scene soon after.

Nishimura then attacked van Eerde and as the two dueled, Noguchi was able to start making a gap at the front. But as the last lap dawned the three-way battle closed up again, and van Eerde was able to get through to lead the trio over the line for the final showdown – with the group covered by just a tenth.

Nishimura was the first to strike but Noguchi then made his move at Turn 4. As the corners ticked down and the three stayed glued together, it looked like it could all go down to the wire – and that it did.

Noguchi was first attacked by Nishimura as they headed into the final chicane and the move put him up into second but the race wasn’t over. Van Eerde, coming from third, then also overtook Noguchi – slotting into second and the slipstream behind Nishimura. By the line the Australian was just able to edge it by thousandths – taking his second Idemitsu Asia Talent Cup win and the Championship lead.

Nishimura just missed out to take P2, with Noguchi then shuffled back to third and now second in the standings after a tough weekend for the early dominant force in the Cup. Takuma Matsuyama took a lonely fourth by the flag but after his incredible performance moving through from the back of the grid, with the top five completed by compatriot Koji Hirama as he out-dueled Danial Sharil and just edged the home hero at the line. Toshiki Senda took seventh, with the top ten completed by another down-to-the-wire fight that saw Kopchai Sae-Liw edge Race 1 winner Mario Aji and Tachakorn Buarsi.