Noguchi vs Aji: Another Clash of the Titans in Thailand 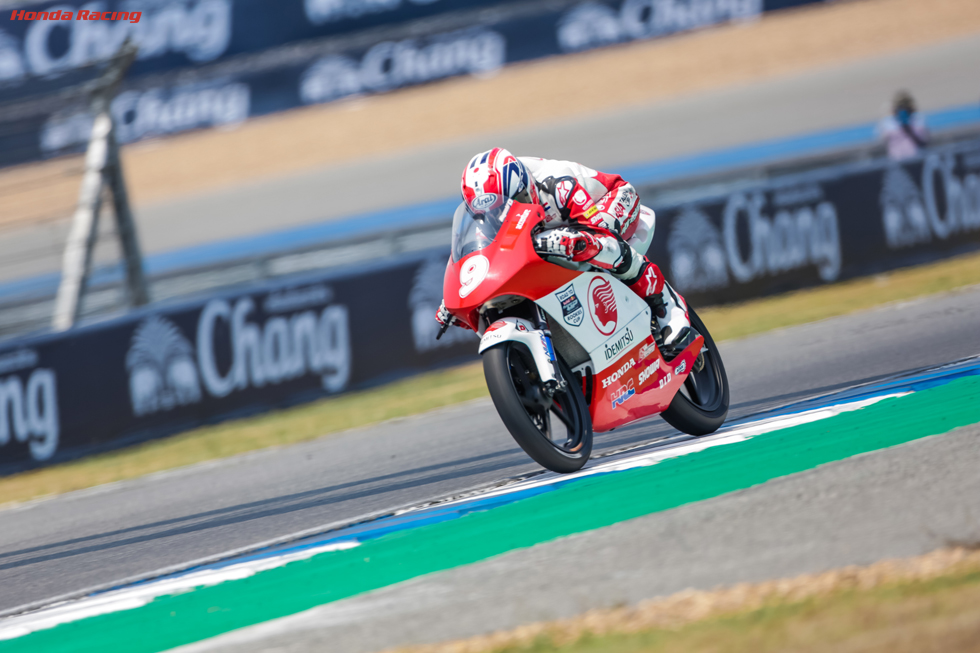 Haruki Noguchi and Mario Aji made it another stunning duel for the Race 1 win at Buriram in Round 2 of the Idemitsu Asia Talent Cup, with everything going down to the final corner and a final lunge up the inside. In the battle for third, it was Qatar Race 2 winner Bill van Eerde who got the upper hand in an impressive group fight throughout the race, completing the podium behind eventual winner Noguchi and Aji in second.

Off the line it was Noguchi and Aji taking charge, and the two were immediately beginning to pull a gap as the battle lit up behind. First a few tenths and then making some fresh air, the groundwork was laid for another duel to the line. This time, however, it was more high-speed chess as Aji held station behind Noguchi and let the Japanese rider lead, with the gap remaining fairly consistent.

The Indonesian – known as ‘Super Mario’ – left his attack for a last chance, last corner dive up the inside, and he was able to get alongside Noguchi…but just wasn’t quite able to get it stopped. That allowed the Japanese rider to sweep through and keep his advantage to the line, with the two separated by seven tenths at the flag.

The battle for third was still raging, however, and it was Bill van Eerde who emerged from the melee on top. Ten riders crossed the line covered by just over two seconds as they jostled for position and fought it out – with Danial Sharil of Malaysia following Australian van Eerde across the line, just ahead of the second Indonesian finisher, Afridza Munandar.

Sixth was an impressive wildcard performance from Warit Thongnoppakun on home turf after he turned a top qualifying result into a top race result and good haul of points. Adenanta Putra was another Indonesian who took home a good result as he took seventh, with two more Thai home heroes just behind: Kopchai Sae-Liw and Tatchakorn Buarsi. Sho Nishimura completed the top ten.

What will happen in Race 2 on Sunday? Will the field close in as they did in Qatar, or can Aji turn the tables on Noguchi? Tune in at 13:00 local time (GMT +7) to find out.

After a duel to the line in Race 2 in Qatar between Australian Bill van Eerde and Japanese Championship leader Haruki Noguchi, it was almost history repeating itself at Buriram on Sunday. But this time the tables turned, and it was veteran Noguchi who got the better of his rookie challenger as the two got their elbows out on the drag to the line. In the tight battle to complete the podium, it was Afridza Munandar of Indonesia who came out on top to take third. 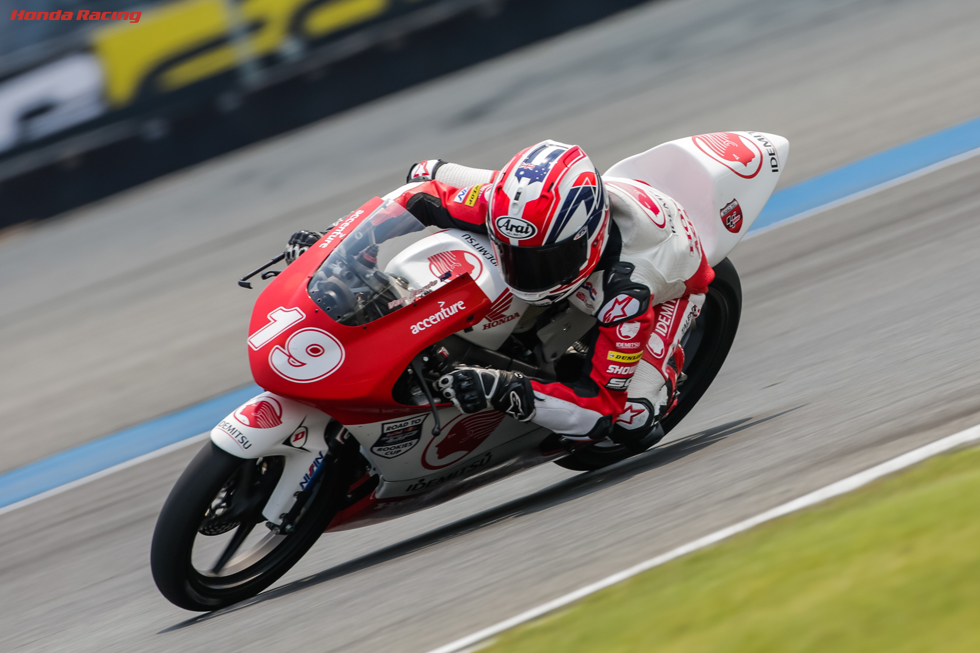 There was immediate drama at the start as front row man Mario Aji suffered some problems and was unable to get started, eventually getting away but then retiring soon after and unable to repeat his incredible challenge for the win on Saturday. That left Noguchi on pole and van Eerde in third separated by a gap, and the two got away well from the front row – with the group, this time, able to stay with and challenge Noguchi.

It was a classic Idemitsu Asia Talent Cup battle thereafter, with none of the duel of Saturday and a battle royal between a good number of riders at the front. But van Eerde and Noguchi were just able to stay clear enough over the final laps to make it a duel for glory – and the Australian made a classic Buriram last lao lunge to try and take his second win. Side by side as they blasted down the start-finish straight, it as elbows out and no prisoners taking to the line – with Noguchi just ahead to take the win by only 0.005 for another photo-finish.

Munandar took third and was only just over a tenth back, with another few bike lengths back to an impressive wildcard performance from home hero and top Thai finisher Warit Thingnoppakun, who crossed the line in fourth.

Compatriot Kochai Sae-Liw dueled it out to take fifth ahead of Indonesian rider Agung Fachrul – the polesitter in Qatar – with Malaysian Danial Sharil taking P7. Shota Kiuchi of Japan, young Australian Senna Agius and Ibrahim Pawi completed the top ten in an impressive show of pace.

Next up for the Idemitsu Asia Talent Cup it’s Sepang International Circuit as they race alongside the Malaysian Superbike Championship in July – with Noguchi in the hot seat and the Championship lead.

“None of them have a lot of experience, but between yesterday’s race and today, all riders improved their laptimes. Yesterday only two riders did a 47, but today it was more than ten. Only two riders have experience in the Cup but still today the top group is like a pack and the rookies had an opportunity to do something great. I’d just say to everyone – don’t give up until the end!”