The Africa Twin, the one and only bike that carries the concept “Travel anywhere and everywhere” and has been supported by many people since its revival in 2016, has undergone a full model change with a variety of "new items".While the exterior of the vehicle body has not changed drastically, the new model is filled with the technology and the passion of its developers to make your adventure more fulfilling.We spoke with Kenji Morita, the Large Project Leader who is an off-road freak himself. 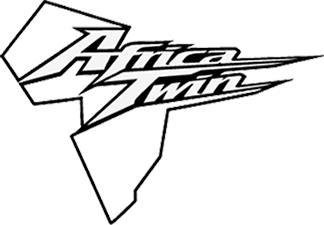 A Frame Designed for Flexibility

The DCT in Closer Harmony with the Rider’s Feeling

-It was a model change in a short span of time, which we don't see very often.

"The absence of the Africa Twin motorcycle in the industry had continued for 15 years until its re-debut in 2016. We regret that we had not been able to meet the expectations of our customers despite receiving requests from many of them.
Considering the revival in 2016 and the launch of the Adventure Sports in 2018, the full model change for the 2020 model may be a bit too soon, but we hope you take this as our way of saying, "We want to continue to grow the Africa Twin"."

-Now is also the time when we need to respond to exhaust gas regulations.

“It is true that the time has come for us to modify our products for legal reasons, such as to comply with tightening regulations around the world.
However, to make our customers more satisfied, it is not enough to say that there are no legal problems.
We wanted to take this as an opportunity to evolve into a more attractive model that can go anywhere and everywhere." 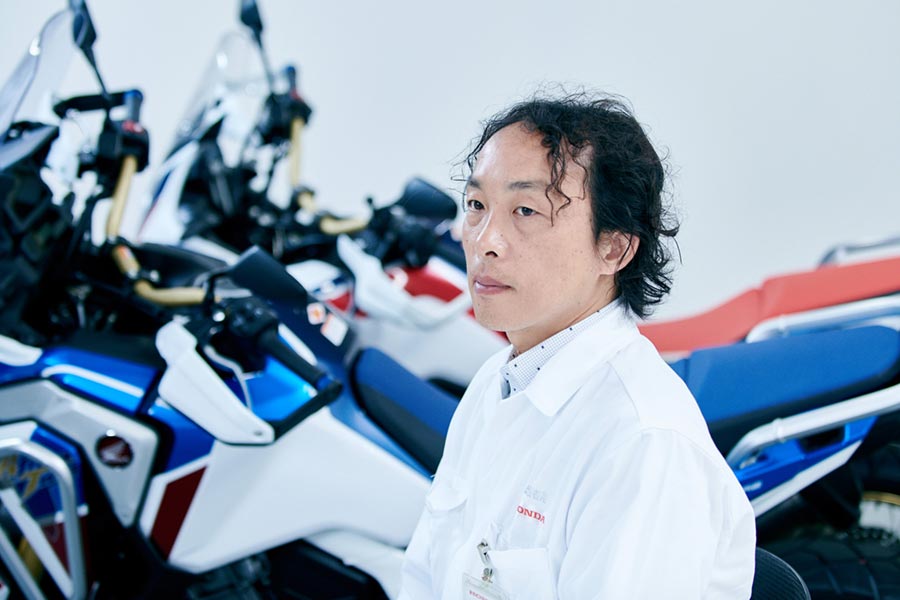 Joined Honda in 1997. He has been involved in off-road riding since he was a student and joined the company with the intention of developing the CR series, but somehow ended up working on the development of heavyweight road sports models such as the GL, VFR and CB1300. He has been involved in the development of the Africa Twin since the mass production of the 2016 model and has been put in charge of the LPL from the 2017 model. He is also responsible for the full model change. He owns the 2018 Africa Twin, CRF250R/450R, and CRF250X, which he bought without telling his wife. Riding around in the mountains of Aso is his Sunday morning routine. 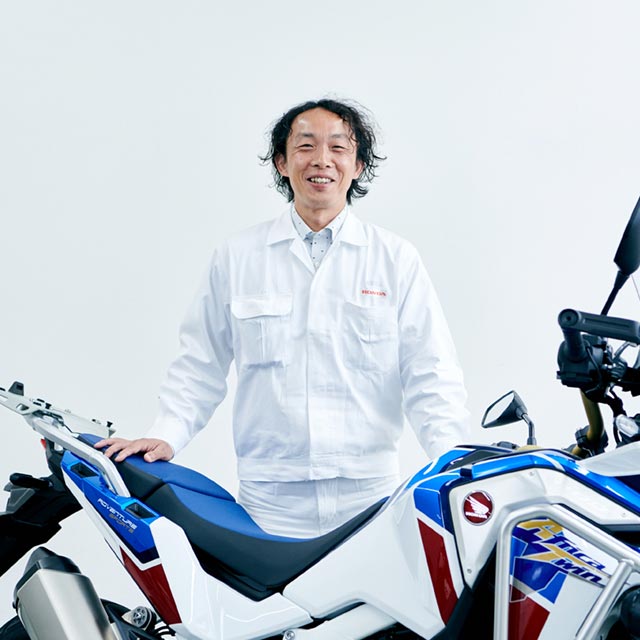