Overview of eSTT* (Tumble-Strengthening Technology in The Low-Load Range)

*The eSTT" stands for "enhanced", "Smart" (precise and sensitive), “Tumble”, and “Technology”, and is a generic term for engine combustion technology that achieves a high balance between high environmental performance and excellent dynamic performance.

-Image of the mechanism to enhance tumble flow by the "eSTT"

The conventional method is to generate tumble flow by devising the shape of the inlet port. While this method can improve fuel efficiency in daily use, it has the problem that the tumble flow becomes too strong and the combustion noise becomes louder in areas where the throttle opening is high, such as during acceleration or full throttle riding.

One technology that addresses this problem is to install a dedicated port for tumble generation and use a variable mechanism to switch the flow path depending on the load, such as between daily riding and full throttle riding, but the variable mechanism has issues such as increased airflow resistance and an increase in the number of parts, making it not ideal for use in small motorcycles.

For the eSTT, we have developed our own technology to control the reverse flow phenomenon in the port and enhance tumble flow, by installing a separator in the inlet port between the throttle valve and the inlet valve.

-Cross-sectional image of the eSTT 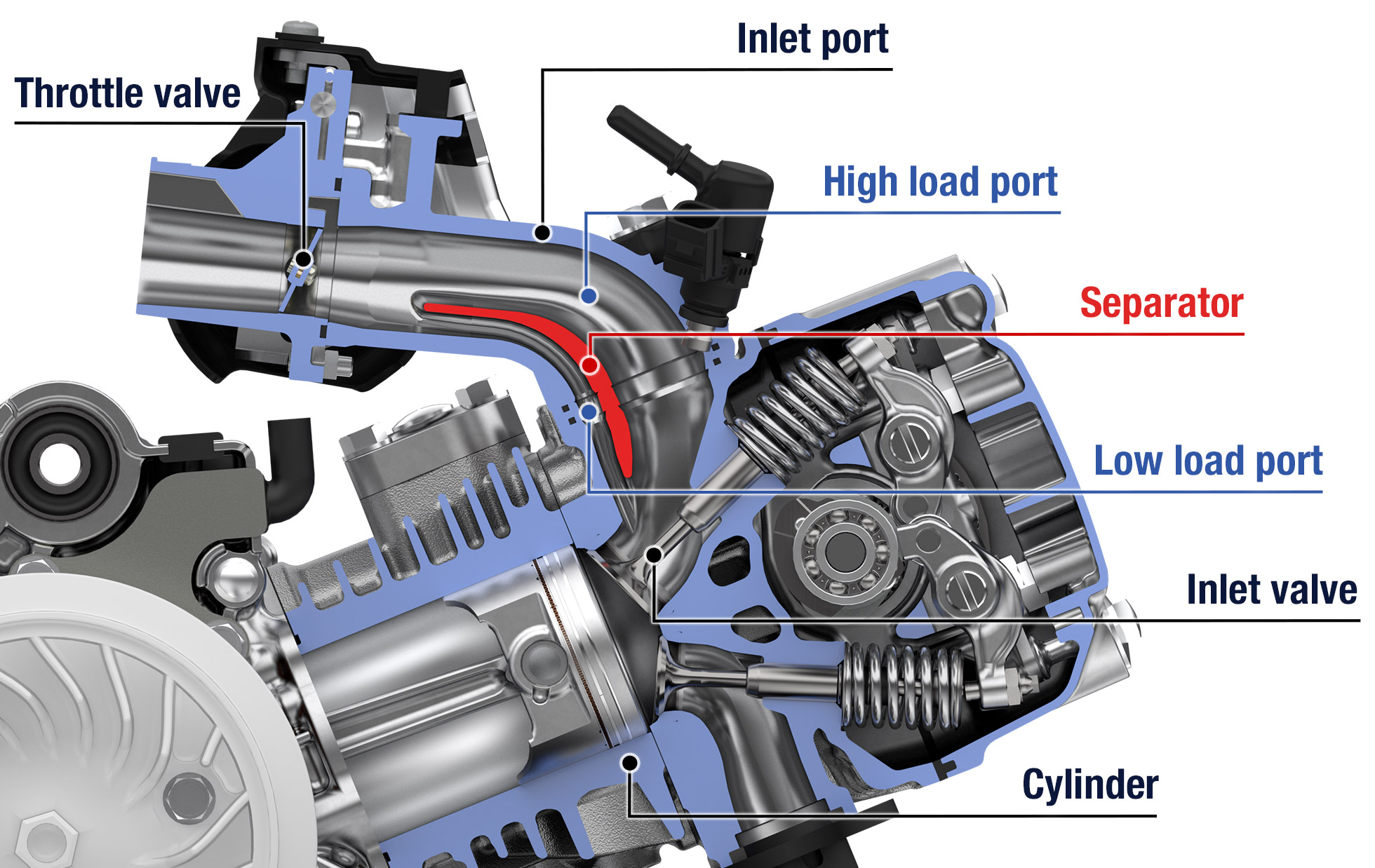 -Diagram of the relationship between throttle opening and tumble strength 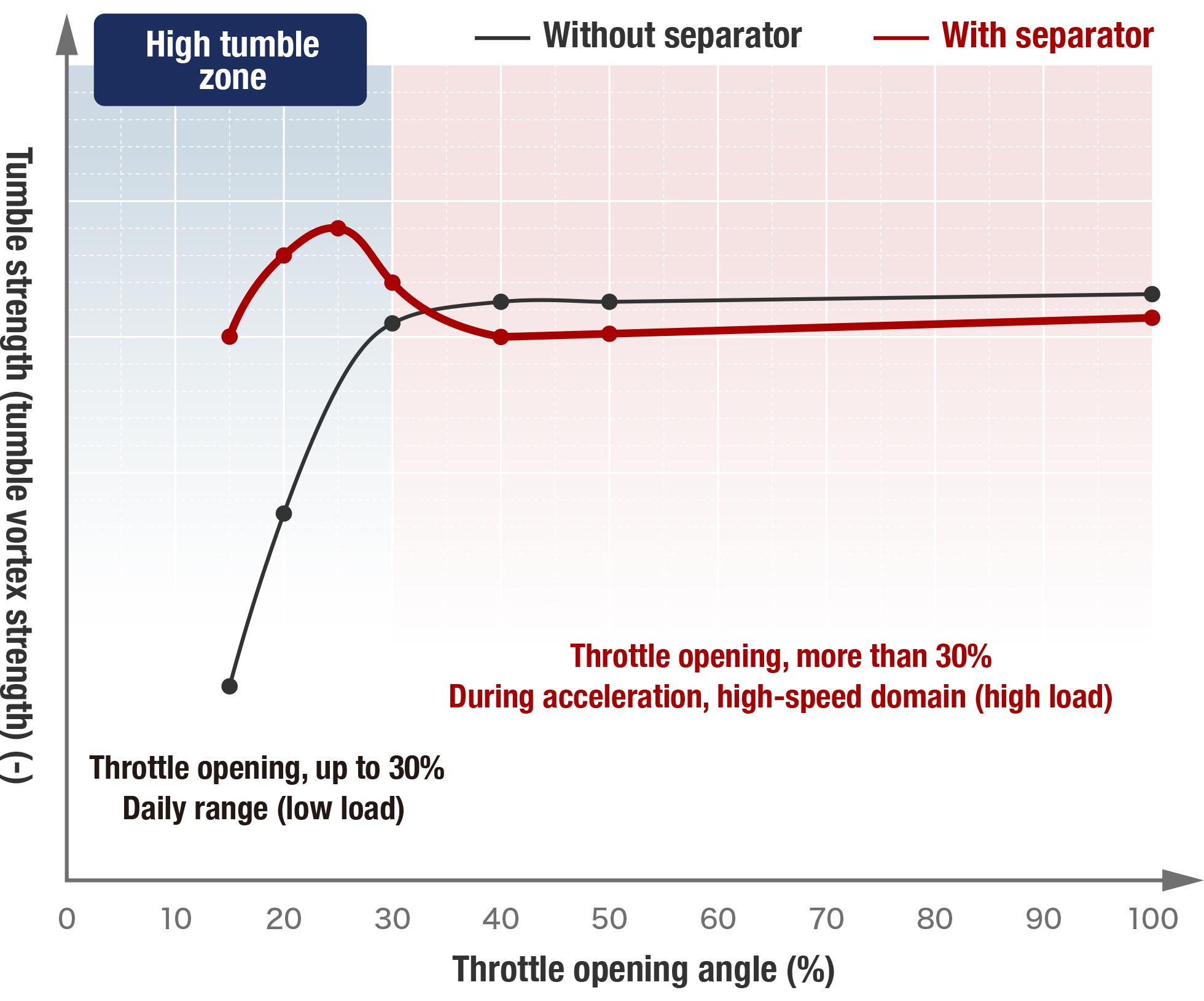 2.Air flow is controlled by a "separator"

Daily range (throttle opening, up to 30%)

The flow in the inlet port is controlled by the negative pressure behind the throttle valve with the "separator" in the optimal position.

By collecting more than 80% of the above two flows in the low-load port (dedicated passage for generating tumble flow) on the lower side of the separator, the mixture is sucked in vigorously from the inlet valve and a strong tumble flow is generated. This improves fuel efficiency in everyday riding situations.

-Air flow when the throttle valve opening degree is small.

Increasing the tumble flow tends to make the combustion noise louder, but as the throttle valve opening increases (load increases), more air passes through the high load port (flow path for high load) on the upper side of the separator, suppressing the generation of tumble flow. This ensures powerful output characteristics when the throttle is opened wide without compromising quietness.

-Air flow when the throttle valve opening is large.