The CBR1000RR, Ever Pursuing the Joy of Riding, Meets Electronic Control 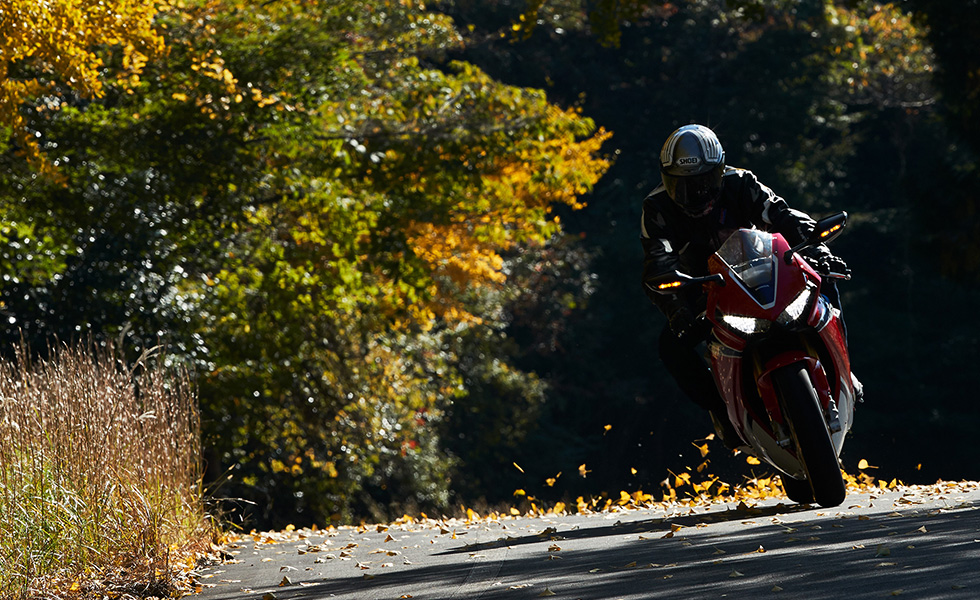 At the beginning of the 1990’s, when engine power was the vogue for every sports bike, one sports bike with a brand new concept, “allowing anyone to savor the joy of riding,” was born. It was the CBR900RR, or “Fireblade” in Europe. The concept was accepted by many bike-lovers, changed the world’s view of the sports bike, and pioneered the modern “super sports” genre.
A quarter of a century later, in 2017, the CBR1000RR debuts, with its own message for this new era.

I have always been involved with the CBR-RR in one way or another, so I have very deep feelings for the bike. I recall it as an epoch-making bike that put an end to the trend of the time where “Engine power? Had to be No. 1. Displacement? The biggest of course! Top speed? The fastest is the best! But can a rider handle such a bike? Not so sure.” I also owned and have fond memories of the first 1000cc model. I went touring on it, I customized it, I thoroughly enjoyed it.
25 years, or a quarter-century since the first generation CBR-RR was born, the all-new CBR1000RR debuts. What kind of bike did the development team want to build?

To put it simply, “a super sports bike that I can enjoy.”

What does that mean? 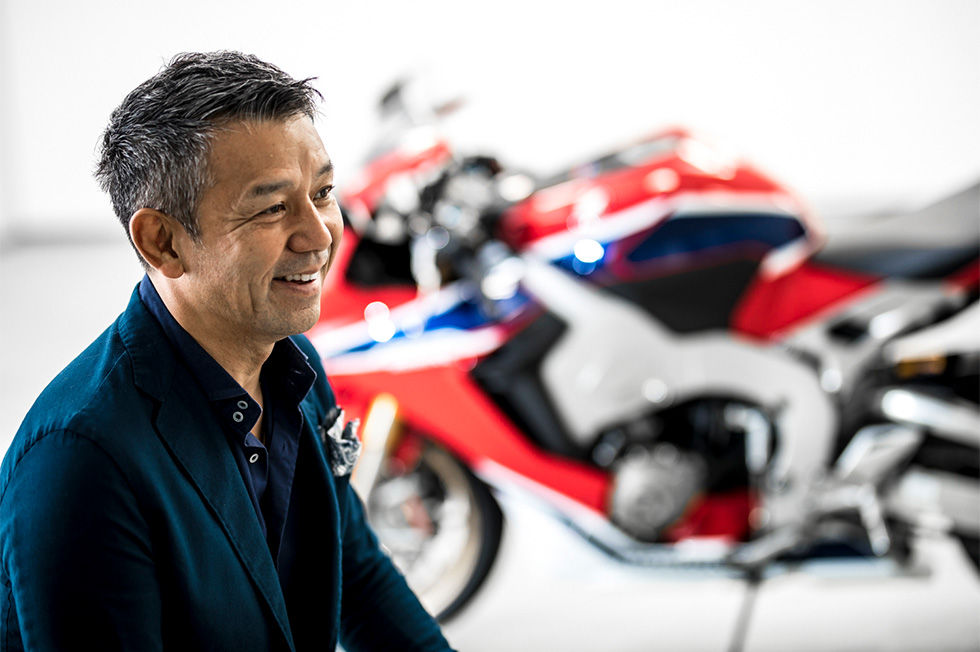 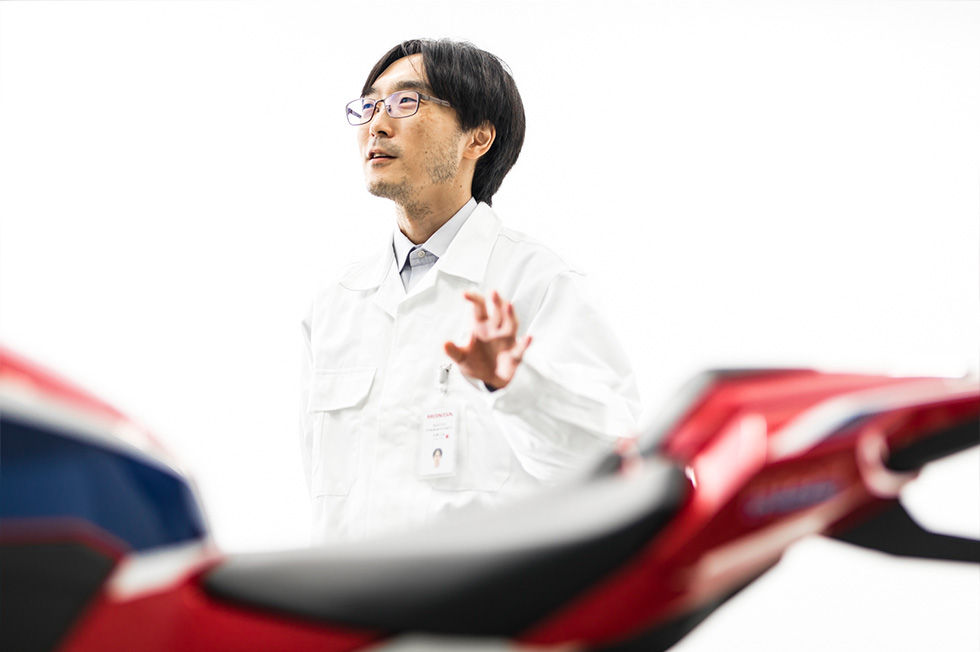 I have a strong passion to completely control a bike, but I’m not particularly tall, and I don’t have the skills to completely control any bike.
To me, “Super sports,” the flagship of bikes, seemed distant: I wanted to ride one some day, but it seemed out of reach, and maybe I could not ride it properly. I don’t think I’m the only one who felt that way. I wanted this bike to make the dreams of bike-loving riders all over the world, just like me, come true: a bike that they can safely enjoy absolute super sports maneuverability on from their first ride, a bike they can completely control.

I understand what you mean about complete control. Even the top MotoGP rider, Marc Marquez would feel that way. You want to control the bike. You want to enjoy controlling the bike. Both the world’s fast rider and someone riding a super sports bike for the first time feel the same way. I wanted to build a bike that takes seriously the wishes of such riders.

In my role supporting Sato and building the bike’s maneuverability as a development rider, we thoroughly discussed these fundamentals before we began development. What kind of joy should be bring to what kind of rider?
Our conclusion was to design a bike for as many riders who longed to ride a super sports bike well as possible. And, for those riders to be able to really enjoy riding the bike in as many situations as possible.
Only a handful of riders can bring out all of the performance of super sports bikes, with performance improving every year. If we only focused on developing a bike with ultimate performance to please these riders, we would leave the average rider behind. Instead, we decided to hone the bike’s super sports maneuverability, while aiming to give it performance that as many riders as possible could enjoy.

Everyone makes mistakes. The bike should not abandon the rider in such cases, but give the rider a chance to recover. To lead the rider to the right way of riding. We aimed to give the bike a warm, forgiving facet, even though it is a super sports bike. 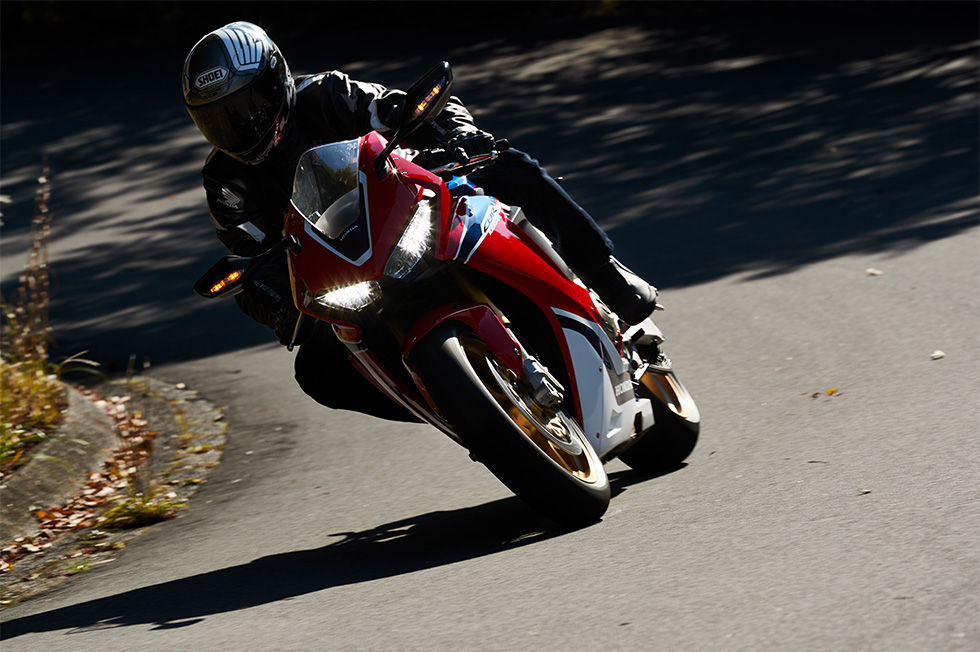 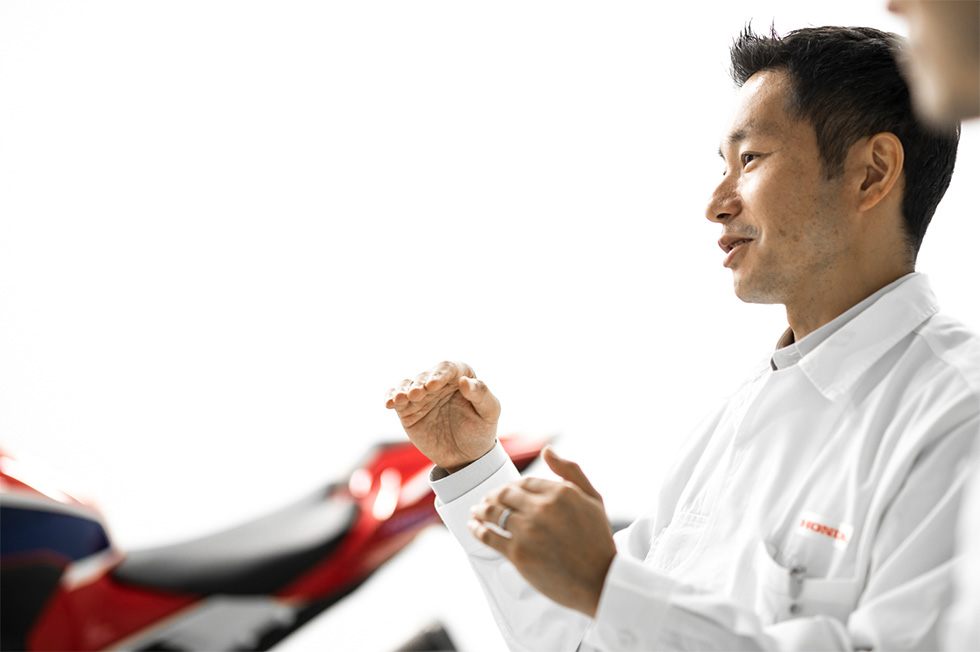 Page 02. The Final Evolution as an Elemental Bike 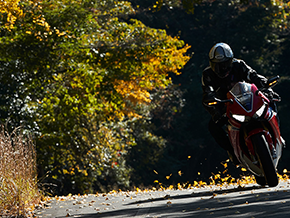 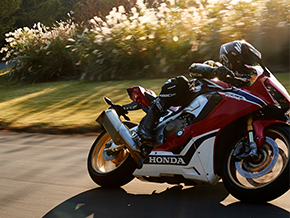 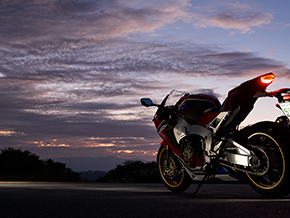 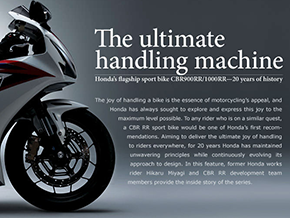