"A good car is not good enough. It can only be called a Type R if it is exciting." 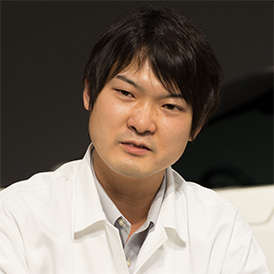 The Type R cannot just be a “good car.” It can only be called a Type R if the driver can feel the excitement when gripping the steering wheel, when the car beckons to go faster.

With the new Civic Type R, we aimed to bring out the full potential of the four large diameter high-grip tires. We began with the car’s specifications such as wheelbase, tread, and weight distribution, and changed the rear suspension type and optimized the front and rear compliance steer.

The result was a new era sports car, a Type R that gave the driver absolute confidence, and was not only fast, but made even long drives fun.

“My job was to enhance performance of vital components such as suspension, steering, engine and transmission, as a complete package.” Yuya Goto, in charge of the maneuverability and stability of the new Civic Type R, explained.

“Each component needed top class performance, but above all, development focused on building a Type R that could bring out all of that performance.”

What kind of car is the Civic Type R?

“The driver constantly converses with the car. If the car cannot accurately and immediately respond to the driver’s will, it’s not a great drive.” Goto explains that with such a philosophy, the Civic Type R pursued driving pleasure to the limit.

“It cannot just be a ‘good car.’ It can only be called a Type R if the driver can feel the excitement when gripping the steering wheel, when the car beckons to go faster. The new Type R not only responds faithfully to the driver’s will, but directly conveys its will to the driver.”

“Compared to the previous generation, we extended the wheelbase and the front and rear treads, and increased the tire size from 235/35R19 to 245/30R20. We moved the weight distribution slightly to the rear, and changed the rear suspension from torsion beams to multilink.” 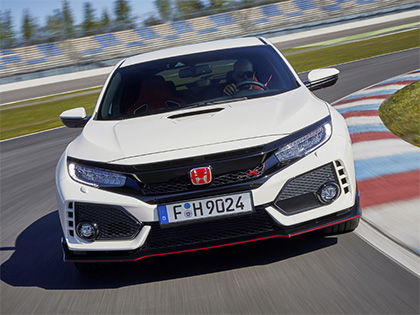 One common philosophy drove these changes.

“With the new Type R, we aimed to fully utilize the performance of the four high-grip tires. That required, most importantly, optimizing attitude changes during acceleration, deceleration, steering input, and road input, and optimum weight on each of the four tires.

Reviewing the packaging not only improved the car’s basic performance, but allowed the development team to aim for new heights for the Type R.

“Previous generation Type R’s would surprise the driver, on how well it would turn, or how well it would accelerate. The new Type R builds on this excitement, and with its superior basic performance, in this case stability, improved road holding performance allowed us to aim for a car that would also provide the driver with absolute confidence. We repeatedly conducted tests at the Nurburgring and in real-world situations such as the Autobahn, to eradicate any unwanted movement. This allowed us to provide the driver with great confidence in the car under any circumstance, and we were able to build a Type R that was fun even on long distance drives.”

The new, deeper Type R was nearly complete. The finishing touches for the new era Type R came in the form of electronic devices, such as variable dampers, electric power steering and agile handling assist.

“The previous generation Type R had variable dampers, but the new model’s dampers have a much larger damping range. With Honda’s original control logic we designed for this Type R, we realized excellent body motion control and outstanding road holding characteristics.”

The new Type R, with enhanced chassis performance, was combined with cutting-edge electronics to become a new era sports car. 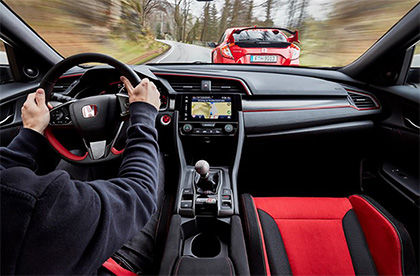 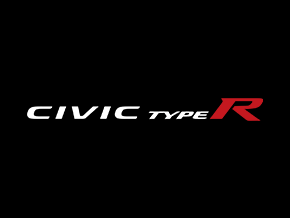 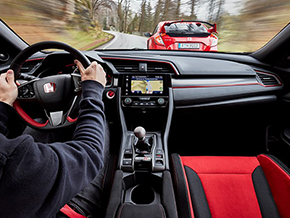 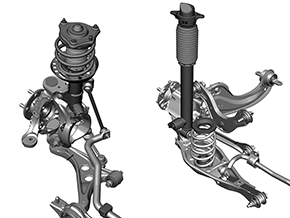 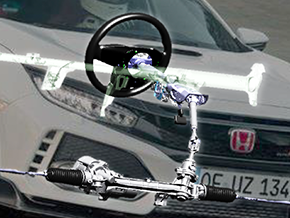 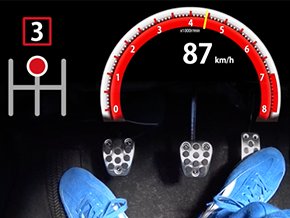 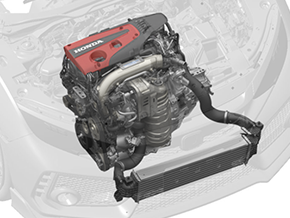 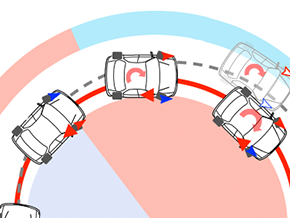 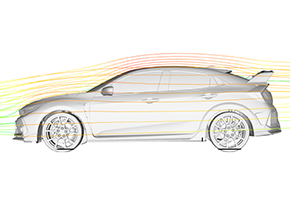 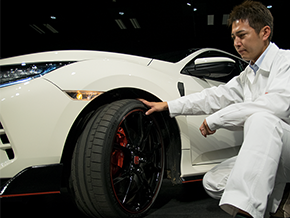