●  "Safety is the highest priority for automobiles.

Active safety will get even more attention"

We asked Yasuhei Oguchi, president emeritus of Shibaura Institute of Technology in Japan, about the significance of active safety in general, and Honda SENSING in particular. Oguchi is a leading authority and long-time researcher on automotive engineering, and has been an advocate for automotive safety since the 1960s. He is also the former president and currently a special advisor to the International Association of Traffic and Safety Sciences (IATSS), an organization that has conducted interdisciplinary and international research on traffic safety for more than four decades. Oguchi starts off by summarizing his long-held philosophy of vehicle safety:
“Humans are three kilometers-per-hour creatures. The arrival of automobiles dropped these creatures into a very high-speed environment. The ideal scenario would be that, as technology improves, auto manufacturers provide the same level of safety and peace of mind that we all enjoy while living at three kilometers per hour.”
How does Oguchi view Japanese safety and driver-assistive technologies, and Honda?
“Japan has been at the forefront of safety research and development for a very long time. Case in point: the Japanese invented the airbag in 1963, more than 50 years ago. I think Japan leads the world on active safety as well. And the Japanese people have a strong awareness of safety in general. Within that context, Honda was the first automaker to create an organization dedicated to driving safety education, and the first in the world to build an all-weather indoor crash test facility. Its technologies, as well as its proactive stance on safety across the board, are highly commendable.”
And what about Honda SENSING?
“The technology synthesizes two qualitatively different things: millimeter-wave radar and a digital camera. Getting the most out of multiple synergistic technologies—that’s a theme that I think will be especially important in the area of driver-assistive technologies going forward.”
Lastly, we asked Oguchi to comment on the future of active safety, as well as autonomous car technologies, a subject of Oguchi’s own research.
“Active safety will get even more attention in Japan. The low birth rate is one of the problems in the country, so we need to protect our precious children from accidents. Looking overseas, globalization presents its own challenges. Active safety will be even more important as automobiles continue to proliferate worldwide.
“The future of active safety would be the self-driving car, but jumping directly to city driving applications will be difficult. I believe, however, Japan already has the technology to achieve autonomous driving on highways. That’s an area where I’d like to see Honda apply itself.” 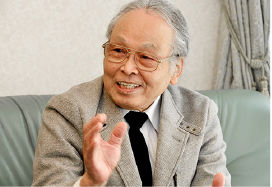 Yasuhei Oguchi, president emeritus of Shibaura Institute of Technology and Japan’s foremost authority on automotive engineering. Oguchi is also a former chairman of the Automotive Researchers’ & Journalists’ Conference of Japan, and is acting chairman of the non-profit Japan Automotive Hall of Fame

●  Mobilizing the power of technology for peace of mind

We invited the engineers who developed Honda SENSING to describe their feelings now that the technology they worked so hard to create is on the road.
Miyagawa: “Every day I try to develop technologies that bring peace of mind, but in the end the biggest deciding factor is the driver. The driver’s attitude toward safety is key. Traffic accident fatalities in Japan have been declining in recent years. One reason is technological advancement, but an even bigger reason is that driving etiquette has improved. I hope that new technologies like Honda SENSING will also help raise people’s awareness of driving safety.”
Yokochi: “Of all the features that come with the Honda SENSING suite, I think traffic sign recognition—the one I helped to develop—will be the most readily noticeable to drivers. There are a lot of signs on the road, so using this feature on a regular basis should help shift the driver’s attention, ever so subtly, toward safer driving. It’s my hope that many small reminders over time will lead to fewer accidents.”
Yamada: “I remember experiencing LKAS during my first drive on a test course after joining Honda. It was surprising and truly impressive to feel the steering wheel move on its own, gently guiding the vehicle along the lane. I’m glad as an engineer if customers just felt the same kind of amazement that I felt that day.”
Sasabuchi: “Earlier in my career I worked on developing fuel cell vehicles. The value of an eco-friendly technology like fuel cells extends not just to those who purchase the vehicles, but to everyone in society. I think Honda SENSING is that kind of technology. My wish is that when a Honda is on the road, everyone is happy and everyone benefits.”
All four engineers agreed the need to release Honda SENSING they have now so it can help spare people from accidents sooner, and expressed their passion for continuing their research efforts.
A world free from accidents, where everyone can use the road safely—that is the dream embodied in Honda’s safety slogan, “Safety for Everyone.” In pursuit of that dream, Honda engineers are busy tackling their next challenge. 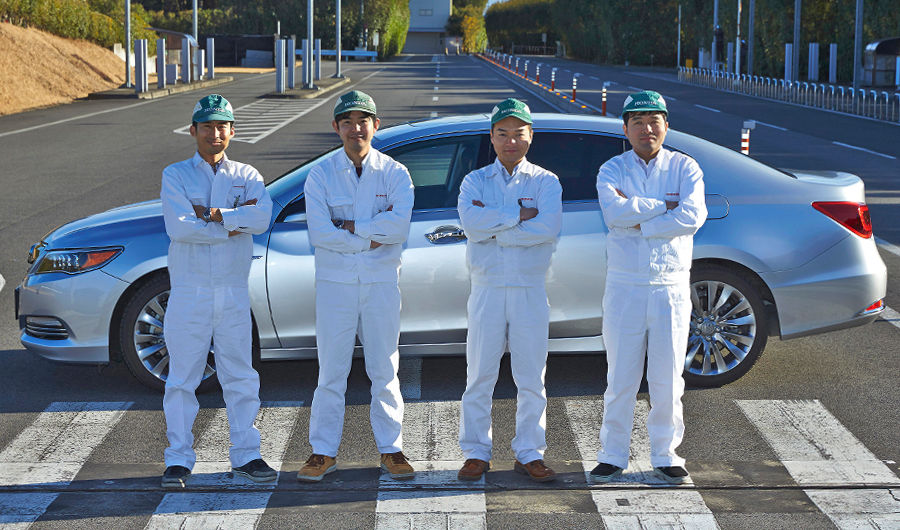 *Job titles and affiliations of interviewees are as of the time of the interview.

■ LKAS only assists driver in maintaining proper lane position when lane markings are identified without a turn signal in use and can only apply mild steering torque to assist. LKAS may not detect all lane markings; accuracy will vary based on weather, speed and road condition. Depending on the circumstances, CMBS may not go through all the alert stages before initiating the last stage (of collision mitigation). CMBS cannot detect all objects ahead and may not detect a given object; accuracy will vary based on weather, speed and other factors. System operation affected by high interior heat. Driver remains responsible for safely operating vehicle and avoiding collisions. Contact your local Honda dealer for more information about these systems, or review an appropriate vehicle's owner's manual.