Vision of Honda engineers supporting the project from Japan

There are others supporting the Romblon demonstration project from Japan. One such person is Jun Iwamoto, chief engineer of R&D Center X at Honda R&D and a large project leader (LPL) for the Mobile Power Pack project. He explains:
“Although our role in the project was primarily to provide a backup use for surplus renewable energy, the Mobile Power Pack, which can be taken out, exchanged for another, and carried around, was designed not just to increase convenience by making the electric motorcycle’s battery swappable, but also to be used in various applications beyond transportation. But every product, no matter what it is, delivers its full value only when it becomes integrated with the lifestyle of its users and is used with a feeling of satisfaction.” 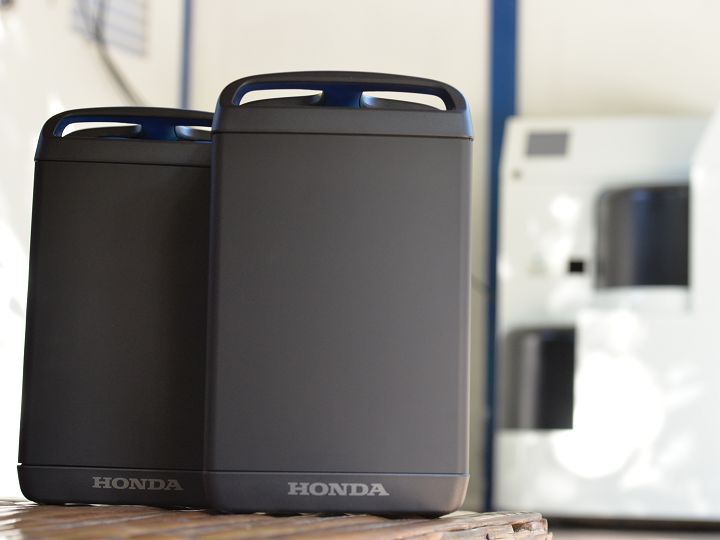 The Mobile Power Pack can be taken out, swapped, and carried around 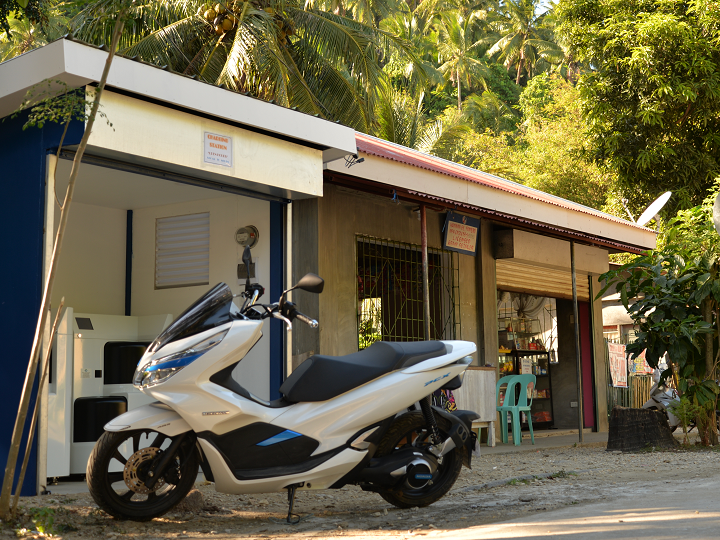 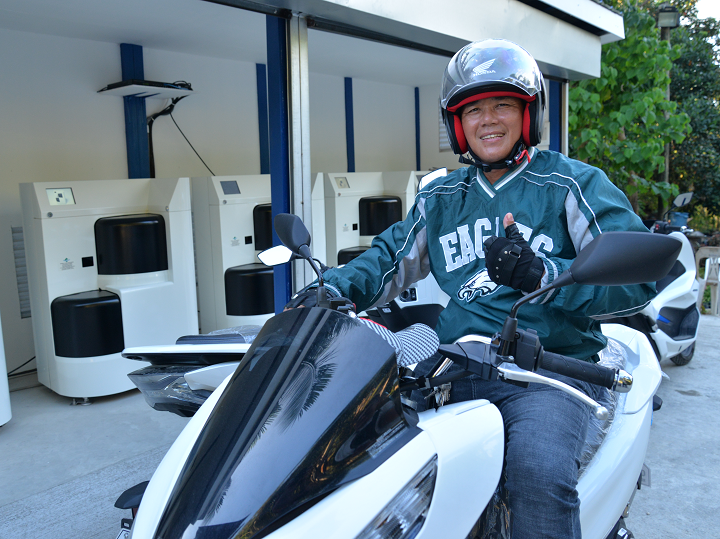 Hirotaka Endo, another associate at R&D Center X, collects and analyzes data to make sure that users aren’t experiencing any problems, as well as to improve product performance and efficiency so users get more satisfaction from using it.
From the data on vehicle and battery conditions and generation and charging activity that are sent from Romblon, Endo infers how the system is being used in everyday life. Based on the analysis results, he is also investigating ways of extending battery life or making the battery exchange process easier.

By applying this “big data” on transportation energy use, Honda hopes not only to optimize the system but also to make life better for users, says Endo.
“Accurate prediction of how much batteries will charge and discharge could help us offer energy management solutions that are appropriate for local conditions. Traffic predictions based on when batteries are charged could also be useful in alleviating traffic congestion. We think using the Mobile Power Pack to provide new added value in these ways is very important for scaling up the use of renewable energy.”

Makoto Mitsukawa, chief engineer at Honda R&D’s Motorcycle R&D Center and LPL for the PCX Electric scooter which uses the Mobile Power Pack, explains:
“For a company like Honda, which has a large share of the global motorcycle market, motorcycle electrification is something we can’t avoid. When developing the PCX Electric, we started with the premise that the battery would be swappable, as it offered a solution to issues such as limited range and battery charging wait time.” 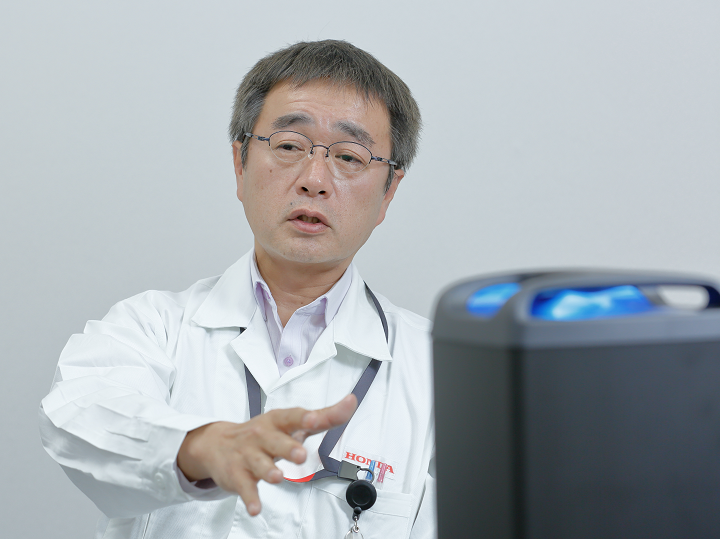 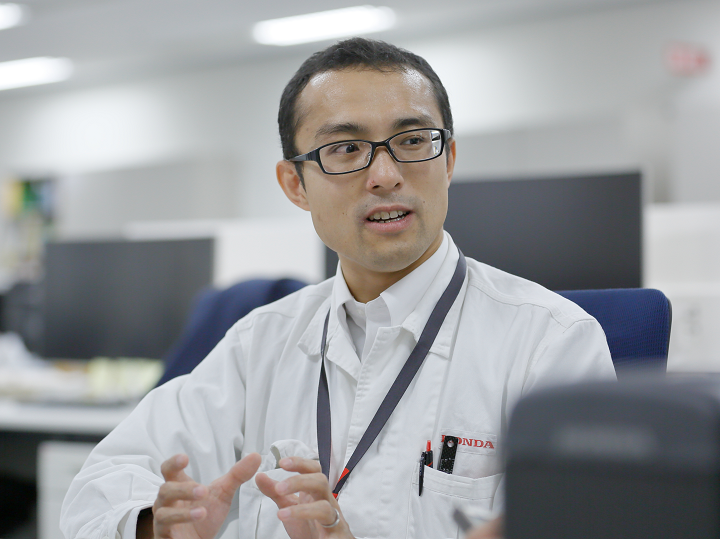 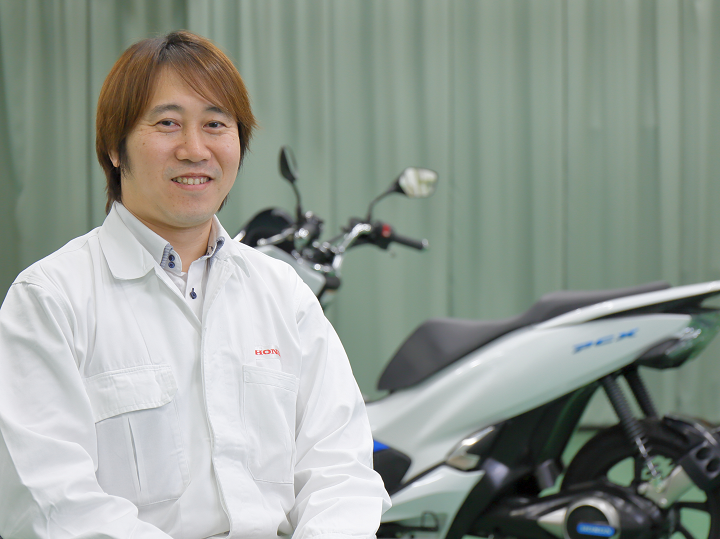 The outcome of these ideas, the PCX Electric powered by the Mobile Power Pack, can now be spotted here and there on the streets of Romblon. And it appears that users are having no difficulty swapping their batteries at the charging stations as they use the motorcycles as a daily means of getting around.
The process of swapping a battery is simple, with a wait time of less than 10 seconds. When a user approaches a charging station, it automatically opens. Inserting a used Mobile Power Pack causes the machine to eject a new one in its place. The user then installs the new Mobile Power Pack in their motorcycle, and they’re done, ready to ride off again. Such a simple battery exchange system frees users of any concerns about waiting. And with five charging stations on the island, they can always replace their battery before it runs out, letting them ride for as long as they need.

The PCX Electric can be spotted here and there on the streets of Romblon. Because swapping the battery takes virtually no time and effort, the bike has become a fully integrated, regular mode of transport for island residents

Now, more than 100 units of the PCX Electric are zipping about Romblon island where the demonstration is taking place. But according to Mitsukawa, LPL for the model, getting more people to ride electric motorcycles is not the only piece of the puzzle to reducing carbon emissions.
“Electric motorcycles are carbon-free when they operate. But when we talk about environmental impact, they aren’t truly carbon-free unless carbon emissions are eliminated from the process of generating the electricity. Electricity is produced in various ways depending on the country or region, which is why we need to think about how to reduce carbon emissions from the point of electrical generation, not just when the electric motorcycles are being ridden.”

In terms of “well to wheel,”* the concept Mitsukawa is talking about, powering electric motorcycles with clean electricity made from wind, as is happening now on Romblon, will lead to a carbon-free society in the true sense of the word.

Iwamoto continues the explanation from the perspective of the Mobile Power Pack.
“We think distributed generation — which is when renewable energy systems are installed and a power supply grid is created on an individual community basis, such as a city or an island like Romblon — will expand around the world. The Mobile Power Pack, which provides storage capacity for surplus energy and can be used in everyday life as well as for transportation, should be of enormous value, even in areas where power supply is unstable.”

Widespread adoption of the battery will provide even more benefits, says Iwamoto.
“Our ultimate aim is to build the infrastructure that would allow people to obtain a Mobile Power Pack with the same ease as buying dry-cell batteries. When that happens, we will have an efficient, sustainable society where everyone has access to clean energy anytime and anywhere.”

*Originally meaning from petroleum extraction (well) to its use in driving a vehicle (wheel), this concept now also refers to energy from any source, from its production to use.

Children played and families took photos at the foot of the white turbines shortly after their installation was completed, an indication that they were being embraced as an island landmark. The electricity made by these turbines is now being used not only in everyday living by island residents through the local power grid, but also as a power source for electric motorcycles through its connection to charging stations on the island by way of the Mobile Power Pack.

ROMELCO’s Fajilagutan speaks passionately on the need to expand renewable energy.
“We’re widely advertising the fact that, like us, you don’t have to be a large organization to introduce renewable energy and electric vehicles and reduce your carbon emissions. We also want to tell electric cooperatives in other regions that they, too, can contribute to actions on climate change.”
“We hope the people of Romblon will fall in love with the wind turbines, whether it’s by talking proudly about them to island visitors or simply feeling happy when they see them spinning. We also want them to tell their children that the blades spinning is what creates electricity for the island,” says Komaihaltec’s Toyoda, highlighting the importance of spreading awareness to the next generation.

Hearing the words of his business partners, who had spent many preparatory hours together pursuing their respective dreams, Honda’s Sakaki comments as his eyes follow a passing PCX Electric.
“I think we can say that the demonstration project on Romblon island is exactly what Honda envisions for the future: We’re storing surplus renewable energy on the Mobile Power Pack, which opens up new possibilities for using renewable energy by being useful in a wide range of applications, including powering the PCX Electric.
The wind turbines have also taken on symbolic meaning for the town. And many PCX Electric users have commented that charging is easier than they imagined, and that the bike is easy to ride.
This enthusiastic adoption by island residents will be a crucial part of solving the global environmental issues we face going forward, and the result, we believe, will be the creation of a more prosperous and sustainable society.”

*Titles and affiliations of appearing figures are as of the time of the interviews.

Next - Charging stations on Romblon island in the Philippines