ROMELCO, the company introducing the wind turbines on Romblon Island., is a power provider serving residents on all five islands where it has jurisdiction, including Romblon Is., where it has its headquarters. The company has been promoting the adoption of renewable energy, which now accounts for about 40% of the electrical energy it provides across its entire jurisdiction. It plans to raise that figure to 90% by the year 2020.
ROMELCO general manager Rene M. Fajilagutan talks about why the company is so proactive about adopting renewable energy. 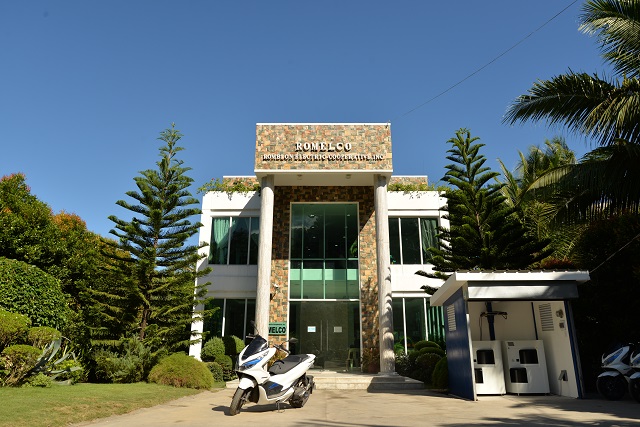 A charging station was also installed at the headquarters of ROMELCO, which supplies power to island residents 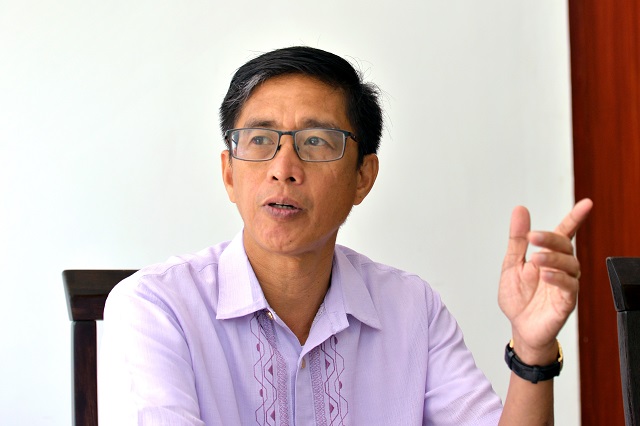 “Unlike diesel-generated electricity, which requires transporting fuel by ship, renewable electricity is a reliable energy source in the sense that it enables us to be self-sufficient in a stable manner. That allows us to address risks such as fuel supply instability and fuel price volatility, while also reducing the cost of generation. Another big reason for introducing renewable energy is that it reduces carbon dioxide emissions. It’s said that global warming could be causing typhoons to grow larger, and it’s true, our experience tells us that the intensity of typhoons is getting stronger year after year. For people like us who live on islands, climate change is a problem that hits close to home. To address this problem, we need to reduce emissions of carbon dioxide, a greenhouse gas. This may be a small effort when seen on a global level, but it’s why we are working proactively to introduce renewable energy.”

By advancing the shift to renewable energy and reducing carbon emissions, Fajilagutan is combating not only energy risk, but also climate change. That way, all island residents can live without fear of power outages, and with greater security.
In addition, Fajilagutan has been attending numerous international symposia to spread the word so that people in more and more countries can hear about the initiative, feel inspired, and take their own steps to reduce carbon emissions.

Fajilagutan’s decision to install wind turbines on Romblon was inspired by a first-time meeting with Leiko Toyoda, project manager promoting environmental business at Komaihaltec, a Japanese company that designs and constructs streel structures such as bridges. 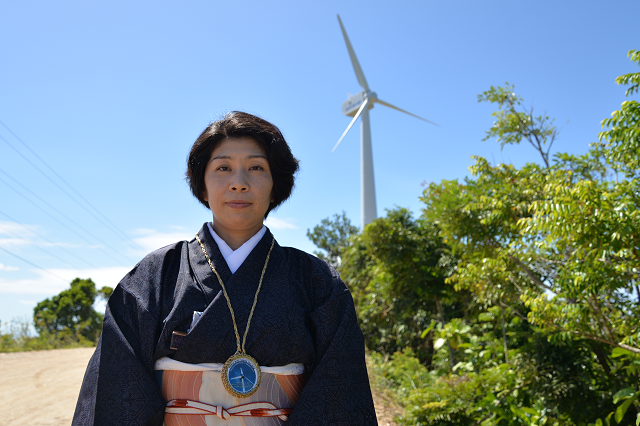 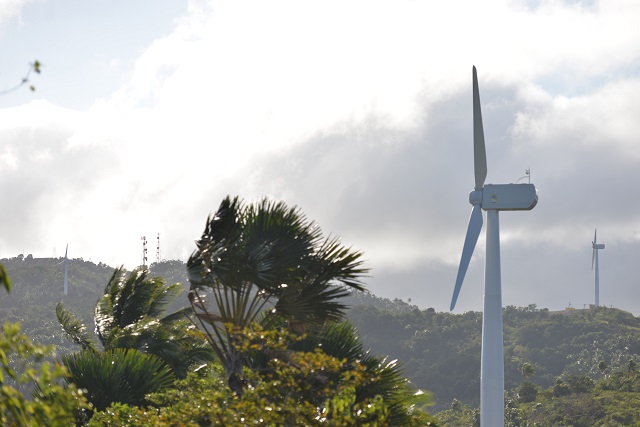 Komaihaltec, which also develops wind turbines, has made a public commitment to contributing to carbon dioxide emissions reduction through the promotion of renewable energy use.
“We think the development of mid-size turbines that are suitable for remote islands, which are especially common in Southeast Asia, and also resistant to typhoons can contribute not only to reducing carbon emissions but also mitigating energy risk, which more directly impacts these communities.”
As Toyoda explains, Komaihaltec’s wind turbines are designed to work in harsh topographical and weather conditions where large systems are difficult to construct. The ability to install wind turbines on sites that previously failed to meet installation requirements means these systems can help reduce carbon emissions and address energy risk in more places than before.

However, there was one problem with installing wind turbines on Romblon island: surplus electricity.
What to do with the surplus energy is a widely recognized challenge of generating electricity from renewable sources. Wind turbines, for example, spin whenever the wind is blowing, causing them to produce extra electricity at nighttime and other hours when demand is low. This excess generation can disrupt the balance between electrical supply and demand, which can trigger a power outage. To prevent this, some systems adopt the strategy of limiting power output, but this prevents the system from being used at its full generation capacity.

“When we were thinking of ways to effectively use the surplus electricity, we heard that Honda was exploring a detachable battery and electric motorcycle combination. Motorcycles are far more common than automobiles on remote islands in Southeast Asia, and considering the current electrification trends in the automotive industry, a system where you store surplus energy in batteries and then use it power electric motorcycles would be very effective. We felt that using renewable energy not just at home and at work but also when moving about is really the ideal,” says Toyoda. 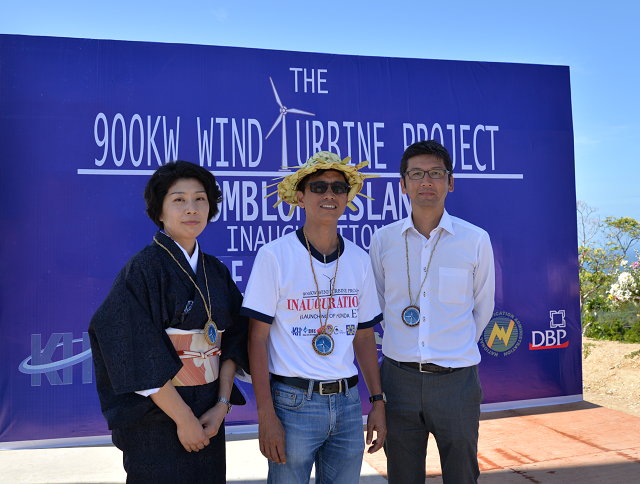 When Sakaki received this proposal to put the surplus wind energy to effective use with Honda technologies, he immediately booked a flight to Romblon with Toyoda.

“When I got there and had the discussion on site, Fajilagutan shared the same enthusiasm about introducing renewable energy to make life more secure for people on the island,” says Sakaki.
“I realized, if we partnered with Komaihaltec, we could make our ‘generate, use and get connected’ concept for electricity a reality here on Romblon island. We could generate clean energy with wind turbines, connect the surplus power to the Mobile Power Pack, and then use it to power the electric motorcycles. And we would help Fajilagutan meet his goals at the same time.”

And so it was that three people, each with the desire to make life better for island residents by reducing carbon emissions and addressing energy risk, came together and agreed to launch a demonstration project on Romblon island.

“The project was also very significant for helping Honda to realize its vision of creating a sustainable society. So the fact that we could start the project this way felt very momentous,” reflects Sakaki.

Next - Significance of the Romblon island demonstration project