Development of the By-product* Reduction Operation in Stamping Work:

Continuing the Legacy by Spanning Generations and Divisions

In 2017, the all-new N-BOX underwent a full model change―from the vehicle body to the engine. To create a production process with lower environmental impact, Suzuka Factory, which produces the car, set out to reduce by-products* in the stamping work. A scrap recycling operation had been implemented in the past but was later abandoned, and so the current staff decided to revive and develop it into a sustainable operation using simultaneous punching out of blanks. Beyond changing the stamping floor, achieving this also involved creating a workflow that does not adversely affect production, die designing, as well as negotiating with manufacturing partners. This is the story of their struggle to overcome the challenges and create an operation that opened up possibilities for further development and application.

*By-products are secondary products generated by the manufacturing process of a certain product, such as iron scraps in stamping work. 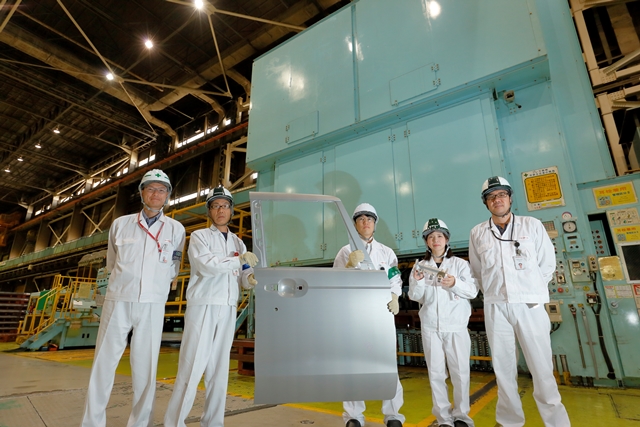 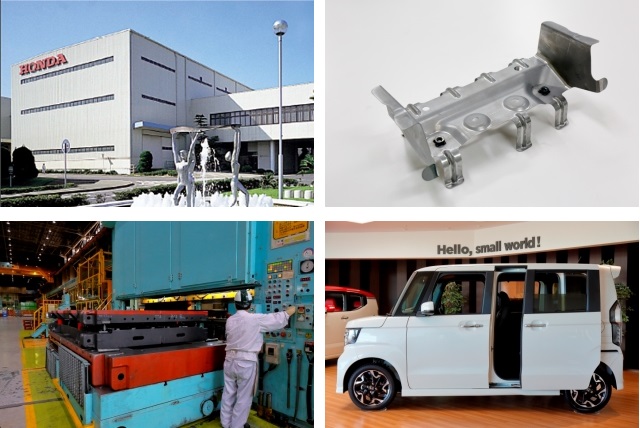 Suzuka Factory was established as the third Honda factory in Japan in 1960. Today, the site had grown so immensely that it can be more aptly called an industrial park, encompassing plants across a vast area dedicated to each production process―casting, welding, assembly and painting―of finished vehicles such as the N series and Fit.

A major part of the site is the stamping press plant, which houses rows of strikingly huge equipment for producing large exterior parts. Its centerpiece is a huge stamping machine the size of a three-story building that incessantly produces door skins (door exterior parts), hoods and side panels for the N-BOX.

Madoka Kobuchi, the operator of this huge stamping machine, describes the stamping process.

"The stamping material is a gigantic roll of steel sheet, which is generally pressed five times to form finished parts such as doors and hoods. The first process is called blanking, a process of cutting the rolled steel sheet into the required size. Next is drawing, a process that forms the flat steel panel into a three-dimensional shape. Drawing is considered as the most difficult process, and operators are most careful of this process because wrinkles, warps or cracks may appear if the speed and force of die stamping and the material requirements do not match. Next is trimming, which is the process of cutting away excess parts. The next step is bending, a process of bending and folding the edges of the door or hood over to the backside. Finally, piercing is the process to make holes for screws and such. Depending on the part, bending and piercing may be performed at the same time with one die," relates Kobuchi.

Except for the initial blanking, the stamping machine Kobuchi operates contains four out of these five processes in one machine. When the material that was blanked in another machine, called the blank, is fed into the machine, it is pressed inside four times and comes out as a finished part such as a door.

"This is called a transfer stamping machine, with four independent dies and a conveyor mechanism inside; a material can be automatically conveyed and pressed four times as it passes through the machine. A steel sheet that was just flat initially is formed into a three-dimensional shape across four stampings, turning it into a complexly shaped car part such as a door," says Kobuchi. 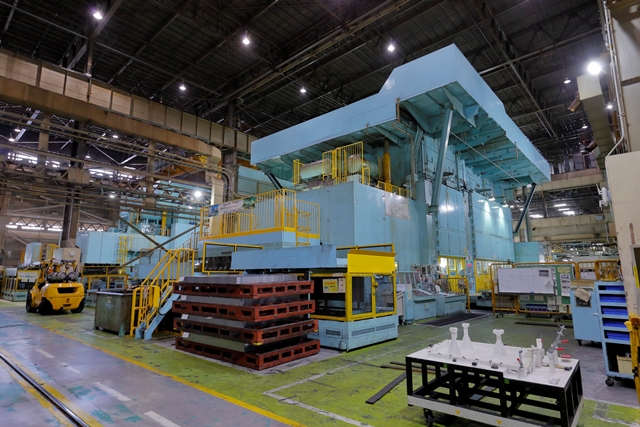 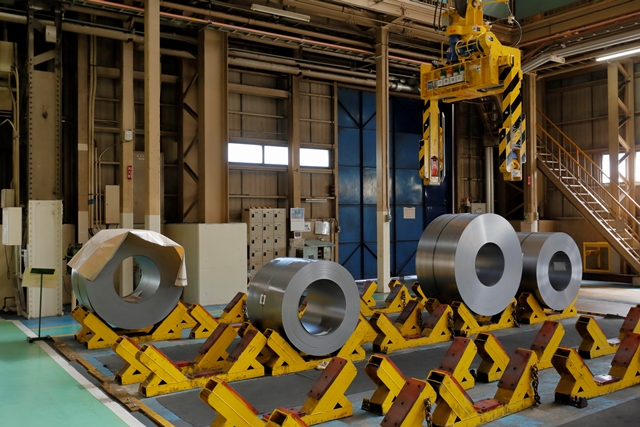 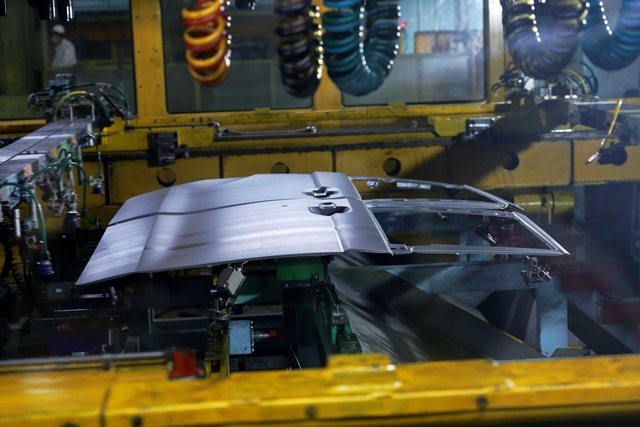 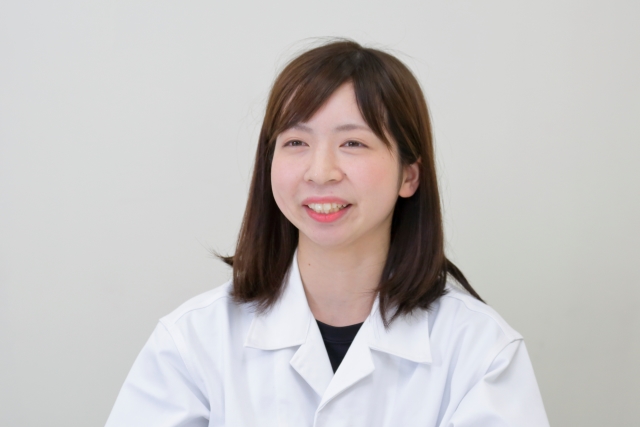 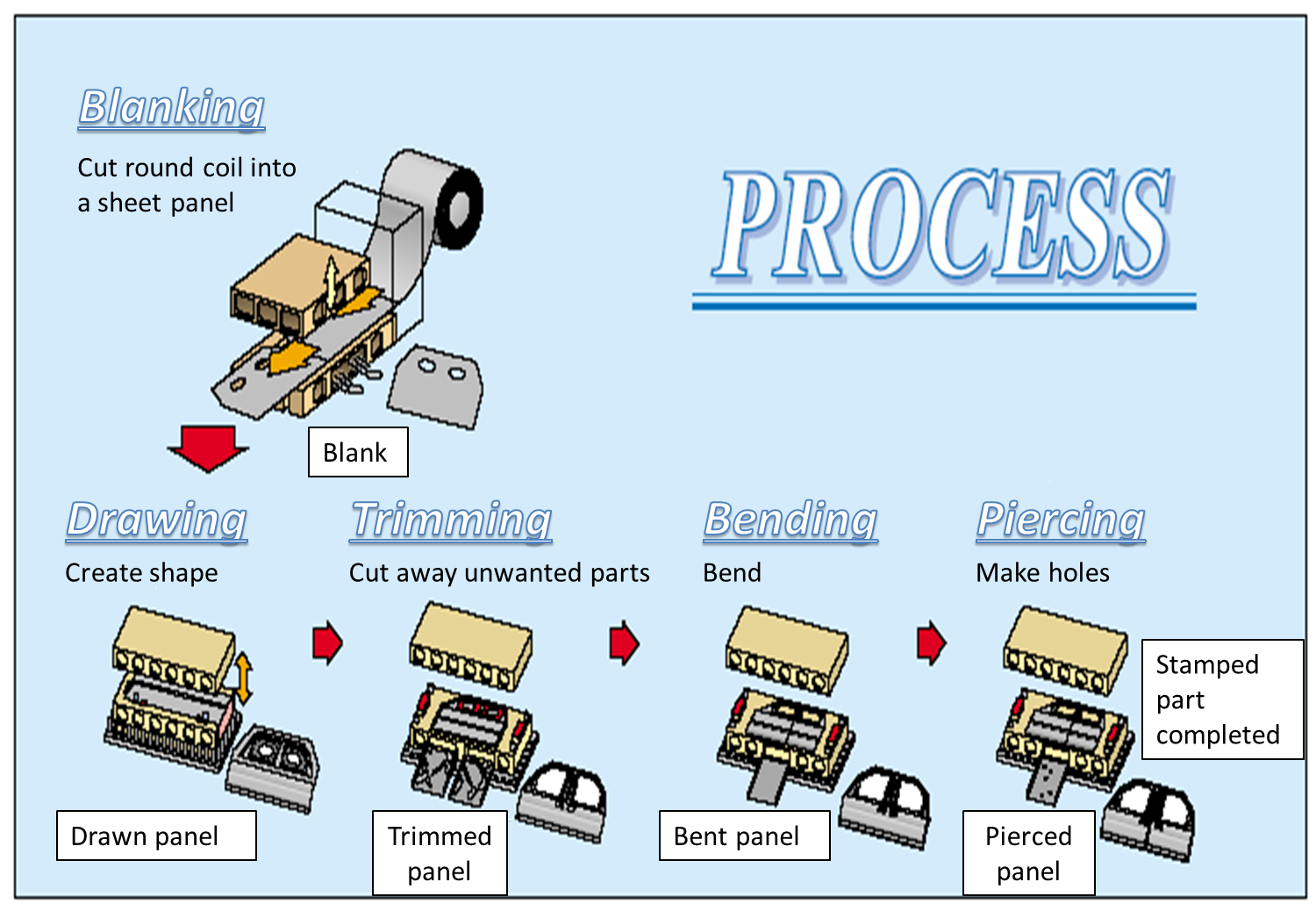 Kobuchi has been working on the stamping floor ever since joining Honda more than six years ago and relates that the job is quite interesting.

"Stamping is actually complicated, with several different processes in it. Plus, the work is different each day, as we have to adapt flexibly to meet the situation that changes with time. So I think it's really fascinating. I still have a lot to learn," Kobuchi reveals.

Products do not get created on their own with a mere press of the switch, so human control and adjustment is still essential to consistently manufacture the best products without producing defects. A tiny shard in the die can cause scratches, warps or bumps in the product. Operators can thus raise the quality of the product with their knowledge, experience and skills, or alternatively, produce defective products if they don't pay enough attention. According to Kobuchi, this tension is the source of her deep interest and fascination with the stamping press. 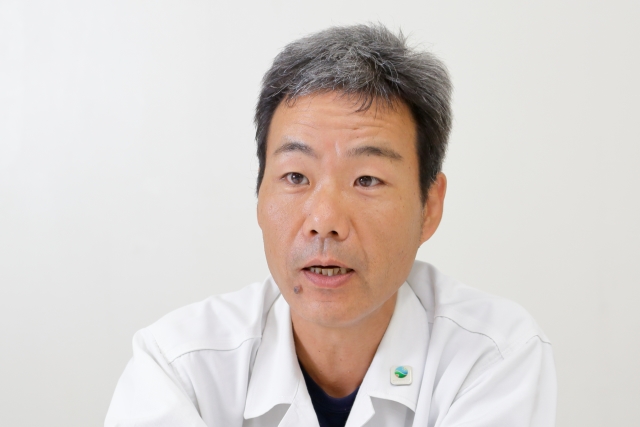 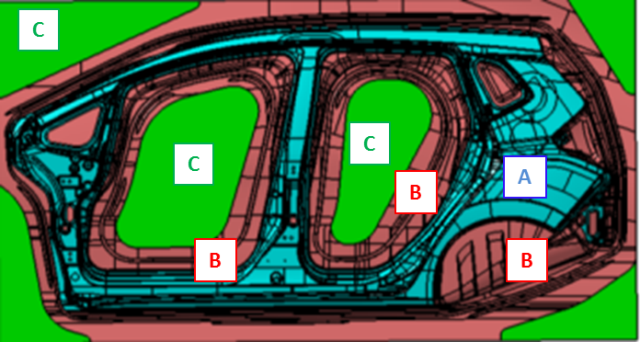 The stamping process has always had an environmental issue with its by-products. Stamping work inevitably generates a large volume of by-products as iron scraps, and reducing it is a perennial problem.

Having spent over 30 years of his career on the stamping, Tetsuya Matsuda had been working on this problem for many years.

But why does stamping work produce plenty of by-products? Matsuda explains using a diagram.

"This is the side panel of a car. Of the material shown, only section A (blue) turns into the final product while B (red) and C (green) are cut off and become by-products. As you can see from the figure, only about half of the material is used for the product," says Matsuda.

"The sections at C are cut off during the initial blanking stage, while those at B are retained until the drawing process is over. The material is shaped three-dimensionally in the drawing process, which requires stamping the die while firmly gripping and fixing the material. Sections at B are the areas for gripping. These areas will be cut off at the trimming process after drawing is finished," Matsuda clarifies.

Naturally, sections B and C are eventually recycled outside the company and used as steel or building materials, so resources are not wasted.

However, recycling sections B and C uses up a corresponding amount of energy, so we need to minimize them to conserve energy. Matsuda and his team has tried to address this problem in stamping work for many years―minimizing sections B and C while raising the ratio of section A, in other words, improving the stamping yield rate (ratio of material that becomes products) to reduce the amount of by-products and lower environmental impact.