The Honda Transmission Factory’s new, national award-winning test method has made product refinement testing for continuously variable transmissions (CVTs) dramatically more efficient in terms of both energy use and work. The new technology, inspired by the “yaramaika” spirit* of Hamamatsu, Honda’s birthplace, and developed and deployed in less than a year, has accelerated the development and improvement of CVTs, enabling a timelier supply of what Honda has strategically designated the “green” transmission. These improvements have not only enhanced the fuel economy and reduced the carbon footprint of Honda vehicles overall, but also raised environmental awareness among Honda staff.

*‘Yaramaika’ means “let’s just do it” in a Japanese dialect used in the Hamamatsu region. 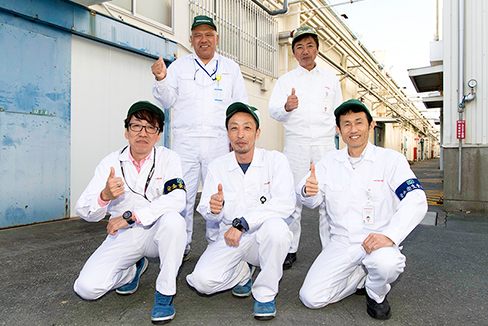 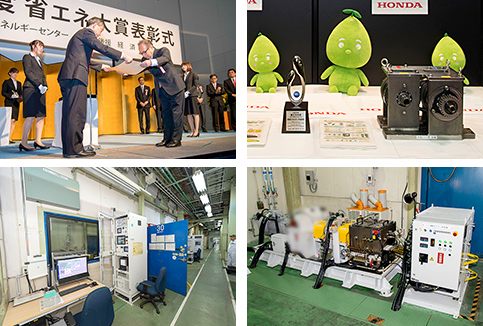 At the award ceremony for the 2017 Grand Prize for Excellence in Energy Efficiency and Conservation, held February 14, 2018, the Honda Transmission Factory received the Director-General’s Prize from the Agency for Natural Resources and Energy (transportation category), an award given in the Successful Case of Energy Conservation category, for its “new, energy-saving test method that contributes to global deployment of the CVT, the green transmission.”

The awards, organized by the Energy Conservation Center, Japan (ECCJ) with support from Japan’s Ministry of Economy, Trade and Industry, recognize initiatives, products and business models that have set best practices for others or realized exceptional energy savings.
The Transmission Factory, which manufactures transmissions for Honda automobiles, had developed a new system and test method that would dramatically reduce the environmental impact of Mix mode durability test performed to evaluate the quality and performance of CVTs. Their efforts had resulted in a major reduction in energy use, carbon dioxide emissions, and byproduct generation.

Kiyohito Matsushita from Honda Motor Co., Ltd., who presented the project among other award-winning cases on the day of the ceremony, described feeling great responsibility as an award recipient: “I was again stunned by the significance of our achievements when we heard the response from everyone in our community after being named for the award. As a recipient of an environmental award like this one, I feel it’s my duty to take on the next new environmental solution.” 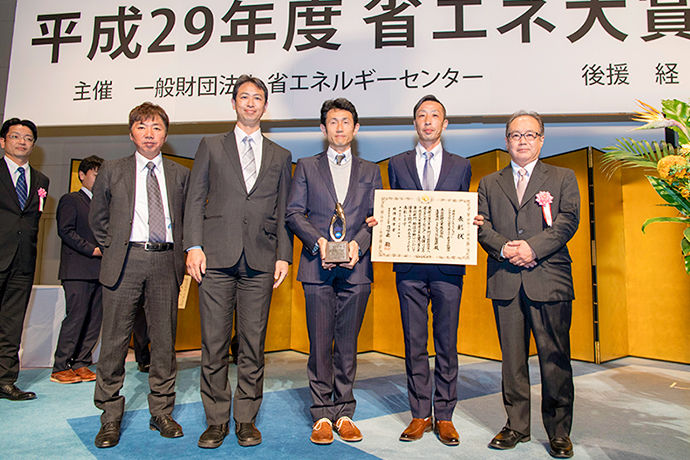 The Transmission Factory’s new, energy-saving CVT test method was awarded the Director-General’s Prize from the Agency for Natural Resources and Energy in the 2017 Grand Prize for Excellence in Energy Efficiency and Conservation awards 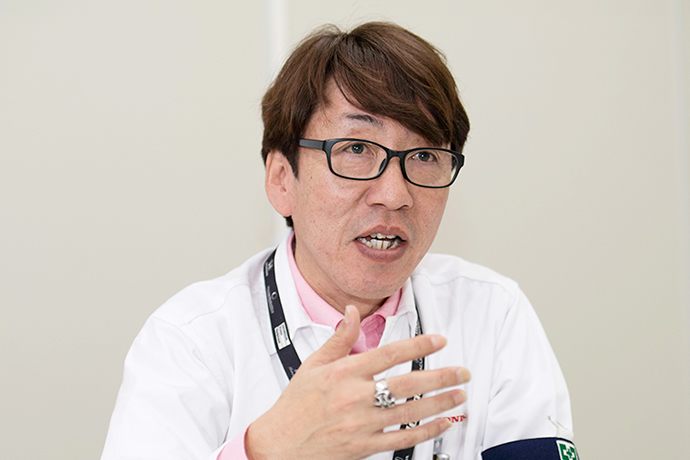 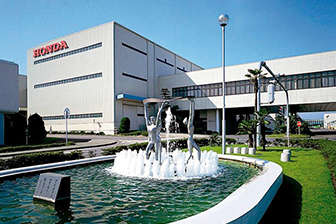 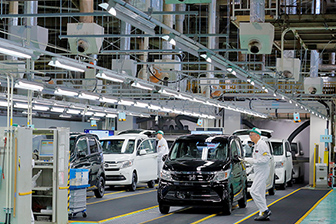 A finished vehicle inspection in the Vehicle Quality Dept.

A continuously variable transmission (CVT) is a type of transmission that transitions seamlessly between an infinite number of transmission ratios. Instead of the gears used in automatic transmissions, it uses two pulleys and a metal belt.
Because they always allow the engine to run at its most efficient speed, CVTs are regarded as offering superior fuel performance compared to other transmission types. For this reason, Honda has designated CVTs as the “green” transmission and is vigorously promoting their development and global deployment.

While few automakers today develop and manufacture their own transmissions, opting instead to outsource the job to an expert manufacturer, Honda insists on developing and making its own. This is because closely coordinating the transmission with other parts such as the engine and body results in a greater variety of transmissions, each suited to its particular vehicle.

“Honda CVTs come in three different types, categorized roughly by basic structure: small, medium, and large. Further optimizing them to the vehicles they’re installed in results in a few dozen sub-types.”
As Takeshi Kaneko, manager of the Hamamatsu Product Engineering Department, suggests, making the most of these three types of CVTs currently makes it possible to deploy them to a broad range of vehicle types worldwide.

The CVT, strategically positioned by Honda as the “green” transmission, transmits power using friction between a metal belt and the V-shaped groove between two pulleys. Continuously changing the width of this groove results in a seamless transition between transmission ratios. 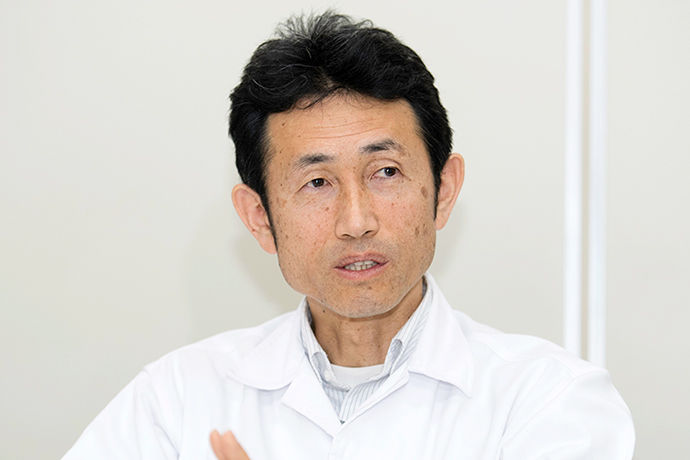 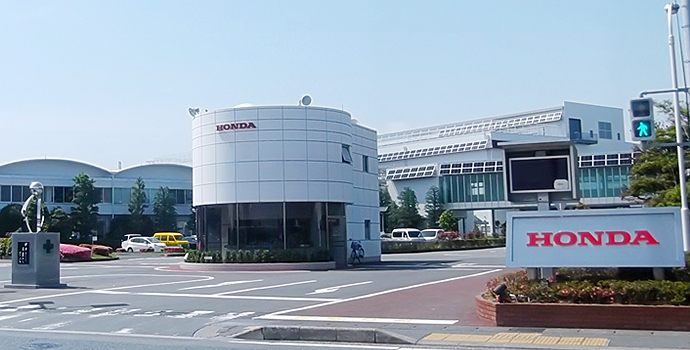 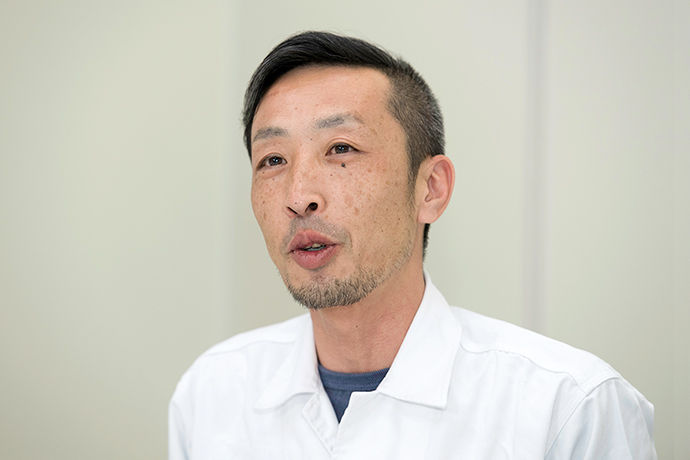 The Transmission Factory is where Honda produces the transmissions it develops in-house. With plants in Hamamatsu (Shizuoka prefecture) and Suzuka (Mie prefecture), the factory manages the quality and performance of transmissions deployed in Honda vehicles worldwide, a task that includes transferring production technologies and production lines to transmission manufacturing sites at six overseas plants while providing them comprehensive support.

Before newly developed transmissions are mass-produced, the factory also “tests the transmissions to determine whether they demonstrate the quality and performance developers intended, and satisfy customers in terms of quality. We run various tests depending on our objectives, sometimes checking for durability or noise, and sometimes even testing using actual vehicles,” explains Hisanori Suzuki, Engineering Coordinator in the Hamamatsu Product Engineering Department.
“For transmissions that are already in production, we also perform new tests if changes arise in their specifications or manufacturing conditions. Whether those changes are in the transmission or the vehicle itself influences what items we decide to verify, and then we perform the necessary tests using test systems based on the actual vehicle’s engine or motor.”
These various tests performed by specialized engineers allow Honda to assure the quality of its transmissions while also pursuing “quality refinement,” the maintenance of quality at ever-higher levels.

Next - Tackling a new test method with the “yaramaika” spirit