Wuyang-Honda has built a name for itself as a motorcycle brand that produces high-quality, reliable and fuel-efficient motorcycles. The company, founded in 1992 at the genesis of China’s motorcycle market, is taking active steps to improve its environmental performance, based on a recognition that quality products are a natural outcome of environmentally and socially responsible factories. Driving these environmental efforts is the awareness and innovation mindset of every one of its associates. 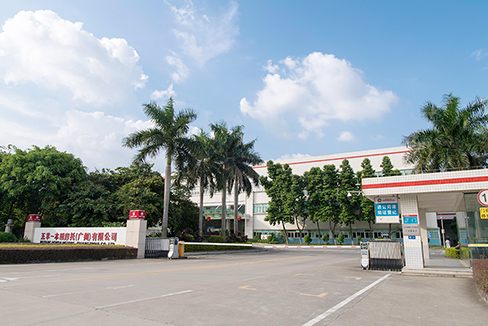 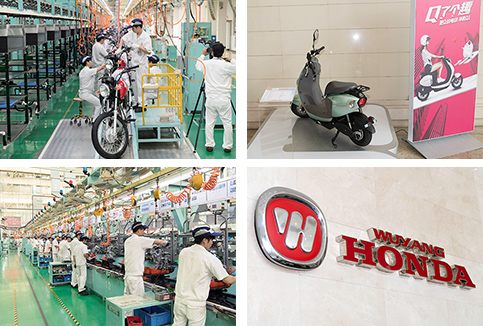 Guangzhou, the capital of Guangdong Province in southern China, is located some 2,900 kilometers southwest of Tokyo, and 200 kilometers northwest of Hong Kong. With roughly 13 million people, it is one of China’s three largest cities after Beijing and Shanghai, and a commercial, cultural, education, and transportation hub. It is also the home of Wuyang-Honda Motors (Guangzhou) Co., Ltd., Honda’s motorcycle production operations in China.
Wuyang-Honda was founded in August 1992, a year that marks the birth of the motorcycle market in China. This was the year that Japanese motorcycle manufacturers all launched operations in the country for the first time. Among them was Honda, which created Wuyang-Honda as a joint-venture company with Guangzhou Automobile Group Co., Ltd. Together, they built a plant in Guangzhou with the aim of establishing a brand and capturing the market.
Starting at roughly 4 million units at that time in 1992, the Chinese motorcycle market grew exponentially thereafter, passing 10 million units in the late 1990s, and reaching nearly 20 million units in the 2000s. As the Chinese government enacted restrictions to address air pollution and safety issues caused by product saturation in urban areas, and as needs changed to electric motorcycles, which have no license requirement and are subject to looser regulations, the market then reversed, cooling to about 8 million units in 2016. 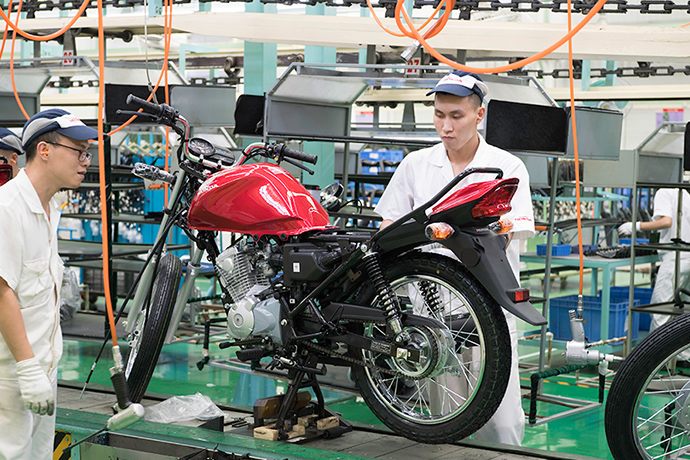 Wuyang-Honda produces more than a million motorcycles each year 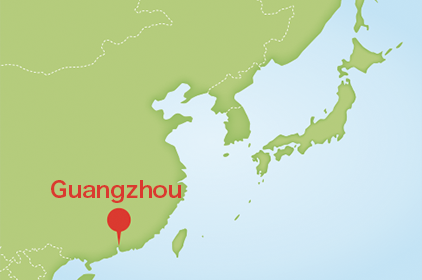 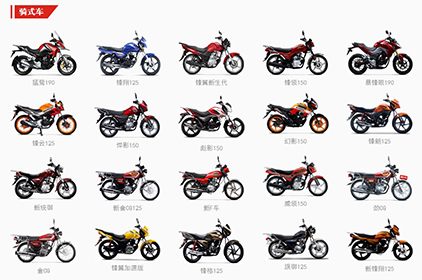 Wuyang-Honda celebrates its 25th anniversary in 2017. Today, with a 3,500-person workforce, it produces 43 types of motorcycles ranging in size from 100cc to 190cc. Its production volume in fiscal 2017 was 1.02 million units, thirty percent of which were exported, mainly to South America and other parts of Asia, with seventy percent going to domestic sales. In 2014 it also began producing electric models. 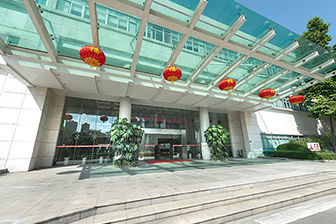 Entrance to the office building that receives visitors 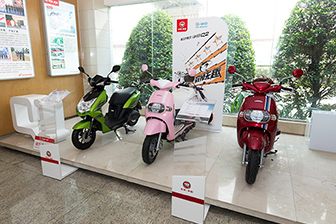 Recently released models are displayed in the lobby 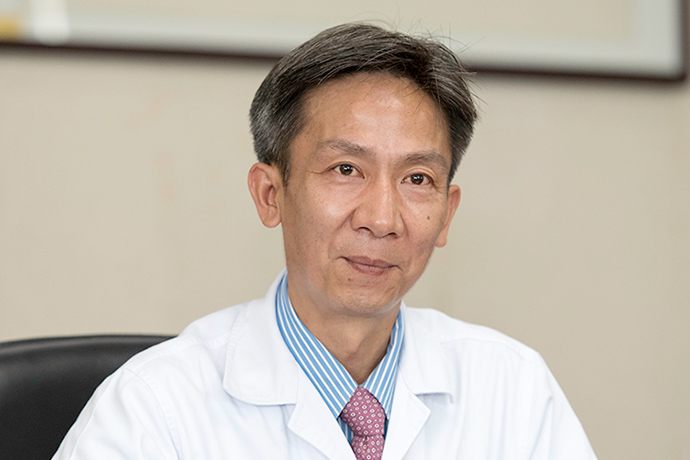 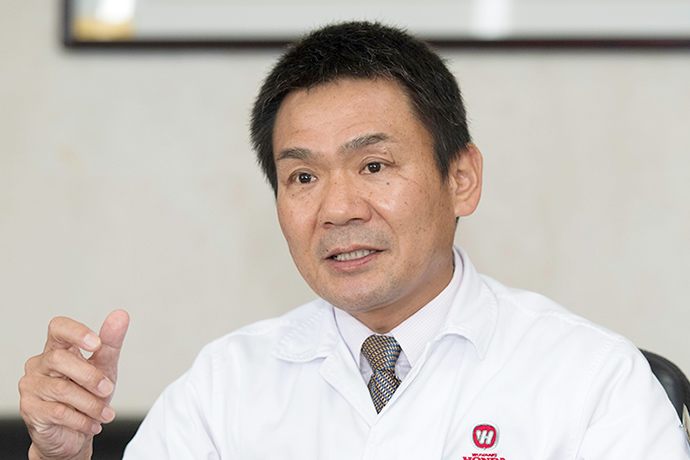 “Wuyang-Honda has the second largest share of the Chinese motorcycle market. Whereas Chinese manufacturers are struggling to comply with increased environmental regulations around things like exhaust emissions, Wuyang-Honda introduced compliant models early on, and that’s contributing to the success we’ve seen in significantly growing our market share these several years.”
Commenting on recent trends is Wuyang-Honda’s vice president Ruohai Zhan. According to Zhan, the Chinese motorcycle market is in a free-for-all state, with no one manufacturer clearly dominating. This means that, while becoming market leader is fully within the realm of possibility for Wuyang-Honda, it could quickly fall in the rankings if it’s not careful.
“We foresaw regulatory tightening and began preparing for it about a decade ago,” continues Zhan. “China started emission standards comparable to Euro 3 in 2008, but Honda launched its first compliant models in China before that, in 2006. In that same year we built our existing plant, which features state-of-the-art environmental technologies and production equipment, setting us up for high-efficiency production. These decisions are paying off, allowing us to grow our market share.”
Noriyuki Shiota, Director General Manager, adds, “Instead of vainly chasing after volume, Wuyang-Honda has always put customer satisfaction and high-quality products first in mind. And users have come to recognize that more over the last ten years. That, combined with the positive factor of our early regulatory compliance, has caused Honda’s brand value to rise suddenly. That’s why Wuyang-Honda has been able to grow steadily, even as the overall market shrinks.”
Honda’s motorcycle brand vision in China—to provide high-quality, reliable and fuel-efficient motorcycles— is a major source of added value cultivated by Wuyang-Honda over the last 25 years. The Chinese market, too, has matured during that time, shifting priority from low prices in the early 1990s to such values as quality and environmental performance. Imbuing these values in its products has earned the Honda brand widespread recognition in the marketplace.

“The domestic market’s decline is moving us to increase exports, but at the same time it’s also important that we make the Honda brand unshakable domestically,” continues Shiota. “We need to make efforts to really capture the upcoming surge in demand for electric motorcycles, as well as demand for big bikes among demographics with strong stylistic preferences. We also need to work on building the brand—in other words, broadly communicating that Honda is the company that’s making motorcycles with the best environmental performance, and we’re doing it at the most environmentally friendly factories.”