Miyako Airport Adopts Clarity and SHS for First Time in Okinawa, Starts Project to “Generate, Use, and Get Connected” with 100% Renewable Hydrogen

In July 2017, Miyako Air Terminal Co., Ltd., the company operating Miyako Airport in Okinawa, Japan, introduced a Honda Smart Hydrogen Station (SHS), Clarity Fuel Cell (FCV), and Power Exporter 9000 external power feeding device. Behind this initiative, which was the first of its kind in Okinawa, was not the motivation of profit or growth within a single company, but a desire to benefit the island of Miyako as a member of the local community. 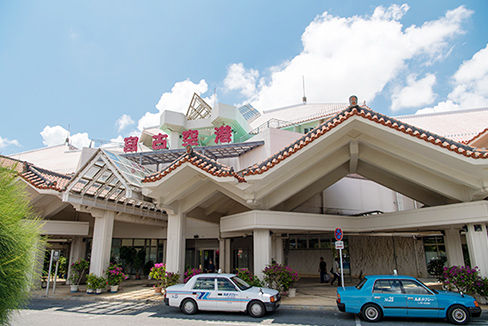 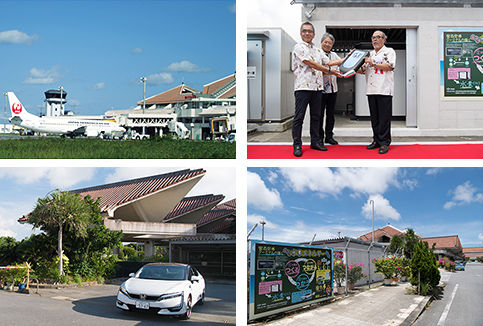 Miyakojima is a city jurisdiction of some 51,000 people spread out across six islands, including the Ikema and Kurima islands, and the main island of Miyako, which lies approximately 300 kilometers southwest of Okinawa Island. It is home to numerous tourist hot spots such as Yonaha Maehama Beach, included among the most pristine beaches in Asia; Sunayama Beach, with its striking arch-shaped rock formation; and Aragusuku Beach, which has an abundance of colorful coral reefs. The number of tourists to Miyakojima topped 600,000 for the first time in 2016, due in part to an increase in direct flights from such places as Tokyo and Osaka, and more frequent stops by large cruise ships from abroad.

On July 28, 2017, Miyako Airport, the gateway to the skies for Miyakojima, held a ceremony to commemorate the installation and operational launch of the Smart Hydrogen Station (SHS) and Clarity Fuel Cell. As Yoshiharu Shimoji, president and CEO of Miyako Air Terminal Co., Ltd., stated in his address, “It would bring me great pleasure if this pioneering project in Okinawa could help make a hydrogen society a reality,” Miyakojima became the first in the prefecture to introduce a hydrogen fueling station and FCV. 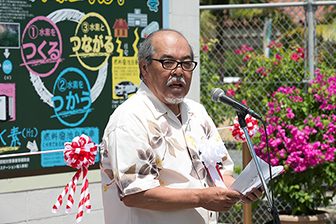 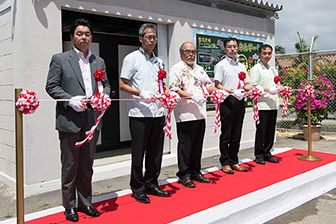 Cutting the tape at the SHS and FCV launch ceremony 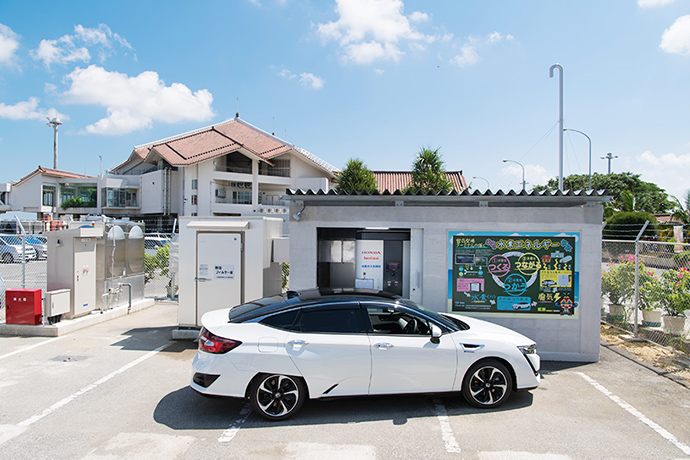 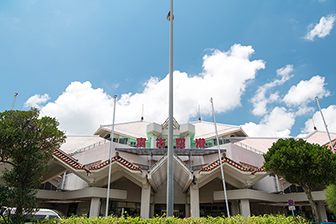 More than 1.54 million people pass through Miyako Airport each year 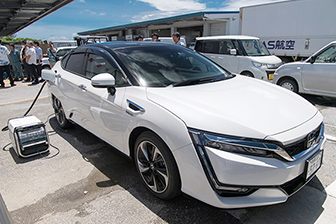 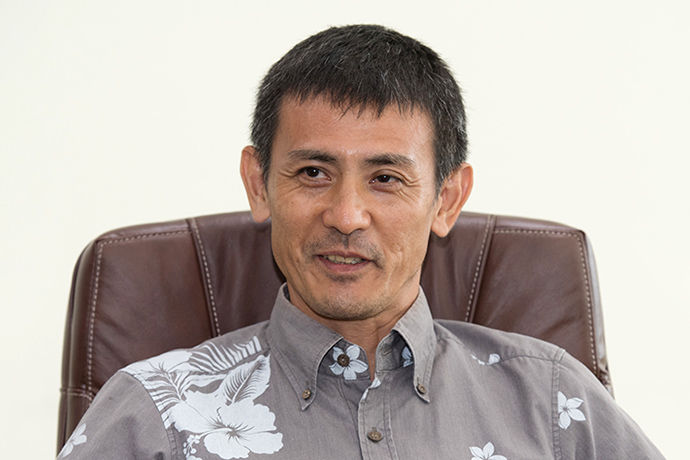 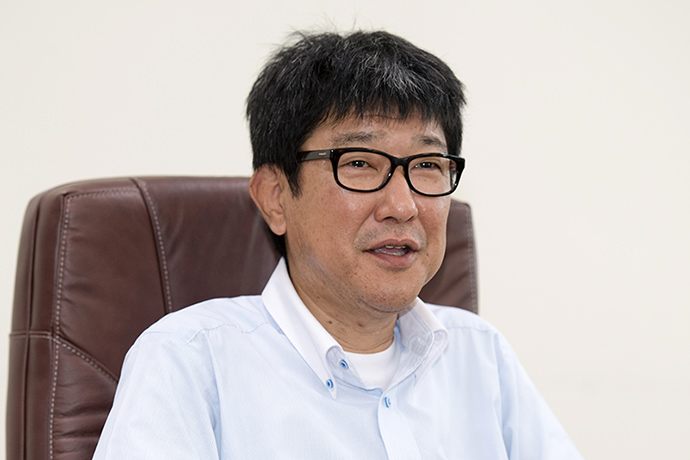 Miyako Airport introduced the SHS, Clarity, and Power Exporter 9000 as a chosen participant in a program of Japan’s Ministry of the Environment that financed projects to install renewable energy-power hydrogen stations as a greenhouse gas emissions reduction measure. By connecting the SHS to its existing solar array, the airport established a system by which it could generate 100%-renewable, carbon-free hydrogen to operate the Clarity and also feed power from the Clarity to outside equipment.

But why would an airport have to adopt a next-generation vehicle like an FCV? And why would it launch a project to generate hydrogen from renewable sources, which seem to have no direct connection to its business? Yuichi Yasumura, head of the airport’s facilities management division and a member of the project team, answers these questions as follows.
“We asked ourselves, what can Miyako Airport do for Miyakojima’s future, not as an air transport business, but as a business member of the local community? We came to the conclusion that we wanted to contribute to the island’s energy self-sufficiency through renewable energy and help build a carbon-free hydrogen economy. By taking the initiative and launching this project, our hope was that these efforts would spread to other companies, and to all of the island as a whole.”
Even as they host 600,000 tourists every year, Miyakojima residents live in a harsh natural environment. A flat landscape devoid of mountains and rivers makes them reliant on groundwater as their sole source of water, even domestic water, which makes them vulnerable to the impacts of drought. They also face energy risks. Fuel used to generate the island’s thermal power, and fuel for cars and boats, is subject to rising shipping costs, and tropical storms can impede the arrival of oil tankers and cause power outages by severing power lines.
Such circumstances led Miyakojima City to announce in 2008 the Declaration of Eco Island Miyakojima, which commits the city to building an island community that makes the most of its limited material and energy resources while conserving and living harmoniously with the natural environment. The current project by Miyako Airport is an initiative to support Miyakojima in its efforts to become an Eco Island as a leading local company.

“For us, the Honda Clarity is a symbol that advertises the project to a wide audience on and off the island,” says Satoru Shimoji, head of the administration division, who went to great lengths with Yasumura to obtain a Clarity and SHS.
“We first plan to set up a display booth at the airport and show it to island residents and tourists for a while,” says Shimoji. “Then, starting around October, the company president will use it as a work vehicle. The president also serves as president of the Miyakojima Chamber of Commerce and Industry, so by driving the Clarity to various meetings he’ll be able to promote the project to lots of people.”